Neuroscience: a part of biology that studies the brain and the nervous system.

It may not be the same as jumping out of a plane at 13,000 feet... but filming and learning about bees and how they communicate is still a thrill for this biologist.

Glued to a television screen watching the adventures of Jacques Cousteau may have been the spark that captured a young Brian Smith's desire to travel and explore. It could have been the science, but more likely it was the adventures and exotic places that he watched flashing across the glowing screen that guided him to a career in biology. 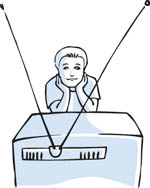 “No one could distract me from watching a Jacques Cousteau program. Not even a family activity could pull me away.”

The television show certainly had a lasting effect. Many years later professor Smith still feels the need to travel and as far as adventure, well, how about jumping out of a plane at 13,000 feet?

As an accomplished skydiver who will soon reach 2,000 jumps, he knows how to keep excitement in his life.

If jumping out of planes was not enough, in 2006 he base jumped off an 800 foot cliff in Norway. Was the walk down going to take too long?

Following along the academic path

Even though he has traveled the world and literally jumped off the Earth, his academic path was more traditional. Science remained a focus in high school and while attending college. The only thing that Smith needed to figure out was what type of scientist he was going to be. 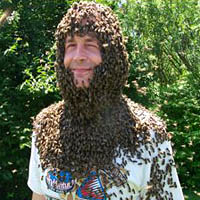 At first he thought he would be involved with biology and philosophy and then he shifted to behavioral ecology. In fact, he spent many years studying the behavior of bees and how they interacted with their nest mates. While studying bee behavior Smith realized he really needed to know how the brain works and so he shifted to his current scientific interest - neuroscience.

What's next? Smith says the idea of moving into the area of human brain imaging seems interesting... to bee sure he is likely to morph into some other science field before he retires... that is if he ever retires.

One degree of separation?

If you have ever played Six Degrees of Separation, a game that challenges you to find links between two people in six connections or less, you might be impressed by the separation that professor Smith has with his childhood idol. Though he never met Jacques Cousteau, his wife, Lori, actually worked for the marine biologist and world explorer. So with only one connection he can be linked to the adventurer that he once watched on the family television while dreaming of being an adventurer and scientist himself. 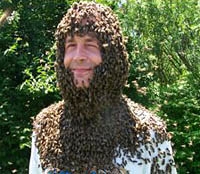 Brian Smith with a few thousand of his close bee friends.