Career Path for Charles Arntzen: The 'Godfather of Biopharming'

As a boy, when Charlie Arntzen looked out the window of his home in Granite Falls, Minnesota, he saw miles and miles of farmland. But even then technology was changing his world.

His father had switched from planting crops with the help of horses to using the help of powerful equipment instead. And genetic improvement in crops allowed his family to increase production. 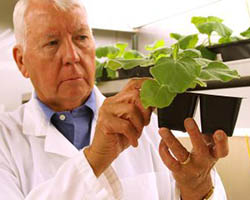 This definitely affected the way Charlie thinks about food. “I believe reasonably priced and safe food is a human right," he said. He took "safe" food to another level though, focusing his work on using important crops to make life-saving medicines.

But Charlie’s path from Minnesota farm to a leader in the field of "pharming” (using plants to create drugs or pharmaceuticals) was not a straight one. Eager as he was to bring his new ideas to the world, he didn't do that well in college at first.

“At one point, I lost my standing at the University of Minnesota due to very bad grades,” he said. It took Charlie six years to get his bachelor’s degree in science. But meeting his future wife, Kathy, made Charlie get more serious about school. After they got married, he got nearly straight As. He finished undergrad work and went on to graduate school, where he got his Ph.D. in cell biology from Purdue University. Today, he is a Regents Professor at Arizona State University's School of Life Sciences.

Creativity Begins with a Banana

Charlie spent the first 15 years of his career working on ways to make crops produce more. Eventually, he learned that he could use his understanding of plants to help discover new solutions to health problems. 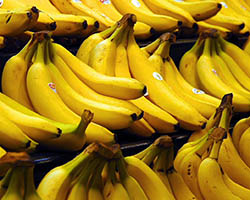 In 1992, an “aha moment” happened for Charlie. While on a visit to Thailand, he watched a mother feeding her baby a banana. He wondered, “Wouldn’t it be great if something as simple as a banana could protect a child from disease?"

If vaccines were cheaper and easier to use, Charlie thought, we could vaccinate some 30 million babies each year who don’t receive the protection from disease they need. Although vaccines are considered among the greatest tools for improving health, the cost is still too high for many poor countries.

For the next 20 years, Charlie focused on the possibilities of using plants to create medicines. For one project, he put hepatitis B vaccines into tomatoes. For others, he used potatoes and yes, bananas. He moved his work to Arizona State University, where a big focus is to find new solutions to global problems.

One of his solutions was to help make a treatment for the deadly virus Ebola. Saving lives seemed like a long stretch for a kid who grew up on a farm and had trouble with college. But no matter where you come from, or what trouble you might have in school sometimes, you can still learn enough to make big impacts on the world.
Additional images via Wikimedia Commons. Bananas by Steve Hopson, www.stevehopson.com. 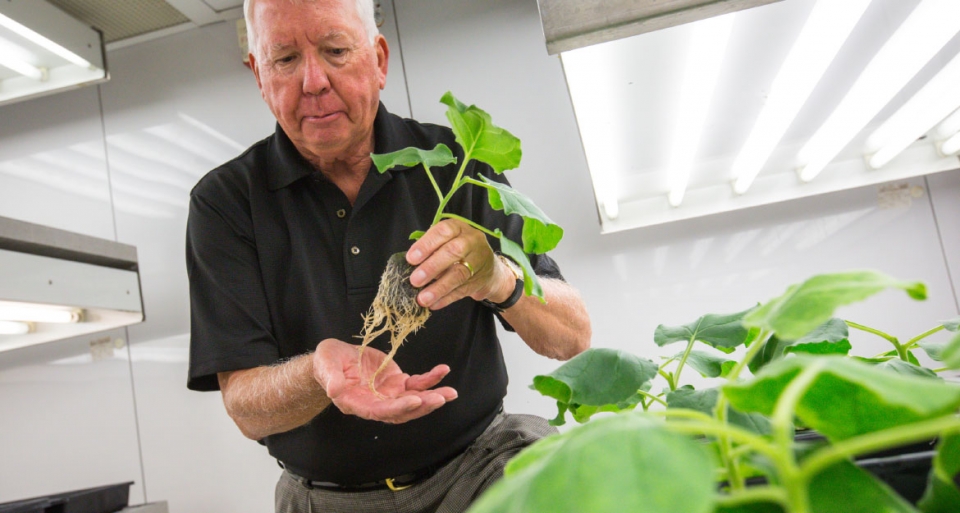 Growing up on a farm had Charles Arntzen thinking about how to put plants to good use from an early age.