Mammals and Birds of Naurzum Zapovednik

The largest of the mammal species found in the zapovednik are the wolf, moose and wild boar. The saiga antelope, once an abundant species in the zapovednik, has disappeared from the area due to disease. These antelope are unique to Kazakhstan and some parts of Russia. Other mammals include: roe deer, lynx, particolored bat, polecats (similar to ferrets), weasels, foxes, badger, pine marten and ermine. A variety of small mammals inhabit the zapovednik, such as: hares, pika, ground squirrels, jerboa, marmots, hedgehogs, hamsters, mice, and voles. 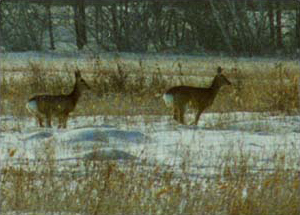 Naurzum zapovednik is known for its incredible diversity of predatory and migratory birds. There are few places where so many types of eagles and falcons can be found in one place. The reserve provides one of the largest, protected nesting areas for Imperial eagles and Saker falcons. There are numerous other predatory birds including the Steppe eagle, Hobby, Kestrel, Red-footed falcon, Merlin, Long-legged buzzard and predatory night birds. Other noticeable birds include: Magpie, black grouse, Grey partridge, Greater spotted woodpecker, Oriole, Woodpigeon and Tree pipit.

Seasonal, migratory birds flock to the reserve's lakes in the thousands in the autumn and spring. Among these one may encounter a Demoiselle crane, Dalmatin pelican, Siberian crane, Red-breasted goose, Bewick's swan or Pink pelican. 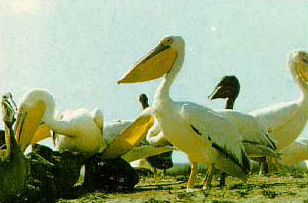 Read more about: Where in the World Is Kazakhstan?

Where in the World Is Kazakhstan?