How Are Genomes Used?

Sequencing a genome is like making a new map for an organism. Once scientists know the order of the DNA letters within a genome, they can use the map to figure out where they need to go to start their research. 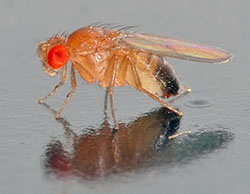 You may be surprised by how many genes humans and fruit flies share. Click for more detail.

One direction that scientists can go in their research is to use a genome to study and compare life. All of life is made from just 4 molecules of DNA: Adenine, Cytosine, Guanine, and Thymine. These are symbolized by the letters, A, C, G and T.

It turns out that even though organisms may look very different, they can have a lot in common in their genomes. These similarities can help scientists gain a better understanding of how organisms adapted to their environment and their unique place in life.

For example, the genomes of two different animals can be compared to learn where they each fit as a branch on the big tree of life on earth. Scientists have been building a collection of genomes since the 1970s.

The very first genome sequenced in 1976 was a virus that infects bacteria, called bacteriophage MS2. This virus was chosen because it has only four genes, one of the smallest known genomes. As scientists got better at solving genomes, they started sequencing longer genomes.

Twenty years ago, one of the most important genome projects was launched: the Human Genome Project. People all over the world worked together to sequence the three billion chemical letters of DNA that make up our human genome. It cost billions of dollars and took 13 years to complete. 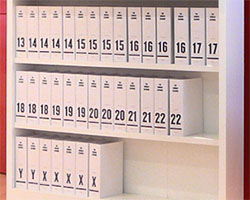 When printed in books more than a thousand pages long, the human genome takes up more than the space in 100 books. Click to expand the photo.

Today, more than 16,000 genomes have been sequenced, creating a huge and rich catalog for scientists to study and compare as never before.

One of the most important uses of genome science is as a tool to solve the medical riddles of disease. Scientists have identified specific locations within the map of the human genome where we think there are likely to be genes for key diseases like cancer, heart disease, or diabetes.

Sometimes, scientists get lucky and can identify a single change in a DNA letter that can cause disease, such as with sickle cell anemia or Huntington’s disease. When scientists can understand the cause of a disease, they can design better drugs to find ways to treat it.

But most of the time, the DNA that causes a disease is complex, and involves many, many genes. By mapping a genome, scientists still have a chance of identifying the cause of disease. 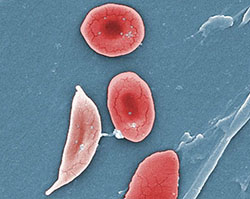 Mutation of one single gene can have huge effects. Click for more detail.

That’s where comparing to other animals helps. Dogs and mice can get cancer, just like people. To help pinpoint the genes causing the problems, scientists can take areas from a genome and compare them with similar regions from other animals, such as dogs, chickens, mice, and even cows.

By studying the same gene across different species, they can figure out the DNA letters they mostly have in common. These DNA sequences will look the same, or are the most conserved. For example, these may control why all vertebrates have backbones or have two eyes. The most conserved areas are nature’s way of telling the same story through our genome.

Often, the most conserved DNA letters within a genome are also the most important for telling the story of how someone gets cancer, or stays healthy. Why?

Throughout eons, nature seems to hold onto the most important DNA information and discards the rest. When mutations, or changes, occur in these very important genes, it can cause disease or other problems. By identifying the changes in the letters, genome scientists can now assist other scientists in choosing new directions for their experimental work. This helps us see new connections in our rich web of life. 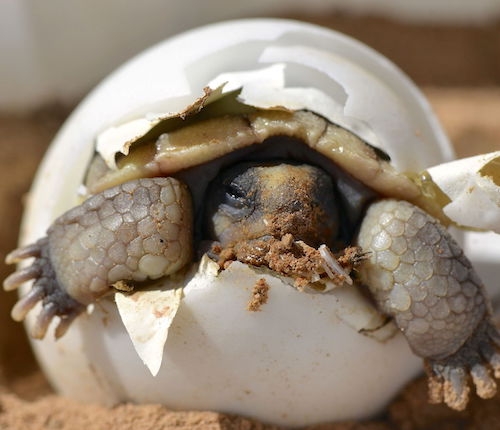 What could this desert tortoise teach us about ourselves? It may be surprising, but sequencing any organism's genome is helpful to understanding more about the rest of the living world.