Nanoparticle: a very tiny object, often thought of as a small piece of matter measured on the nano-scale (between 1 and 100 billionths of a meter long). 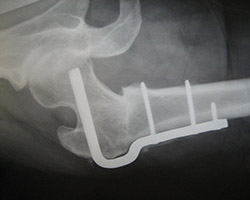 If you look at an x-ray of a human body, what do you see? Bones, of course, and the faint outlines of some organs. Maybe there’s something metal in the body like a fake hip or screws that also shows up. But what if you wanted to look at the lungs, or see where cancer is in the body? Many whole body imaging methods like x-rays have a problem finding some things. One way scientists are getting around this problem is by packing nanoparticles with molecules that are easily seen in each kind of image.

Bright Spots are the Right Spots

X-ray images are made when x-rays pass through a person or thing and hit a white film on the other side. The places on the film that are hit with x-rays turn dark. Bones and metal are dense enough to block x-rays, so they will cast a white “shadow” on the film.

Since nanoparticles can be made out of metal, they will also make white spots on the x-ray film if there are enough of them in one spot. Nanoparticles can be sent to specific parts of the body, like tumors or less dense tissues, to make them show up bright white on an x-ray image. 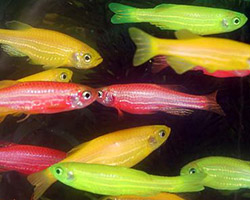 If you’ve been to a pet store recently, maybe you’ve seen fish there that glow when they’re under a black light. They glow because they make proteins that absorb the black light and release a different colored light.

These proteins can be made and added to nanoparticles, which are then sent to a specific part of the body to make it glow. This can be very useful for surgeons working on removing tumors or repairing organs. They can tell tissues apart much more easily when what they’re trying to find is glowing.

Read more about: Latch and Catch 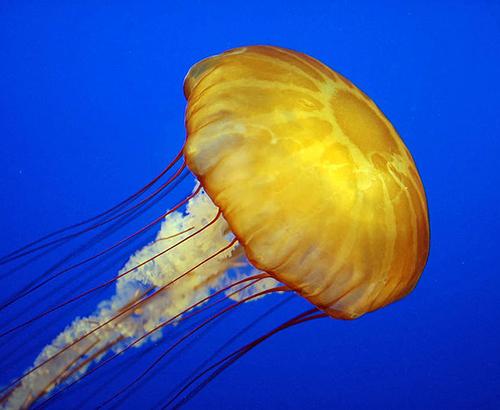 The proteins that are used to make fish and nanoparticles glow were first found in a species of jellyfish. Scientists can now use jellyfish DNA to make many different plants and animals glow.