Neutrophil: an immune cell that is one of the first responders to an infection or injury; they fight by eating invaders, shooting chemicals at them, or setting web-like traps for them. Neutrophils are the most common type of white blood cell in humans....more

Neutrophils are the most common type of white blood cell. They are also usually the first cells at the scene of infection. They are made in the bone marrow, and like other white blood cells, they travel through the bloodstream to the infection. Scientists are still trying to learn all the ways they are involved in fighting viruses. But one of the most important ways they help fight is by releasing chemicals.

Neutrophils fight off invaders in a number of ways. They can eat them, fire anti-microbial proteins at them, or set web traps outside of cells, to catch and kill them. But some of these weapons can also do damage to the cells that make up body tissues. A situation like this is called a trade-off. The help neutrophils offer is important to win the fight, but they also hurt at the same time that they help.

Bringing cells to the fight

Neutrophils also release chemicals that call more cells to the fight. This can happen throughout the body, or in a specific body tissue. It all depends on where the virus or microbe is attacking. When a fight happens in one area, tissue can get swollen and hot. This "inflammation" happens because cells and fluids are moving to the area and can cause tissue damage.

Because neutrophils both help and hurt during a fight against microbes, using them in battle is a bit of a balancing act. But their short lives help keep things under control. As long as the fight against invaders continues, neutrophils are called to replace cells that die. But after the infection is under control, no more cells should be called. The remaining neutrophils will start to die soon. In most cases, they will be swallowed up by macrophages, so the area of infection will be clean. 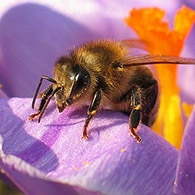