How did ribosomes work without proteins?

This is a great question that has sparked a lot of interest:

If a ribosome is required to make proteins, but the ribosome itself is made of proteins, how did proteins first form?

While this seems puzzling, the mystery started to unravel when scientists began to look at how ribosomes work.

Ribosomes use RNA to make protein 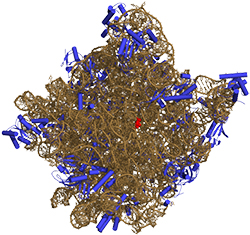 The structure of the large subunit of a ribosome, responsible for making proteins. Click for more detail.

Enzymes are molecules that help make chemical reactions happen. While many enzymes are proteins, there are also many enzymes made of only RNA; these are called ribozymes. Because the ribosome is a ribozyme, that means that an RNA-only molecule could help with protein formation.

Thus, it's very likely that the first ribosomes were only made of RNA. The protein parts of the molecule were likely added later, and helped prevent it from breaking down. This is part of a wider body of work focused on the very beginning of life on Earth—the RNA World Hypothesis.

The hypothesis considers the observations that:

It suggests that the first life forms used RNA for both these functions.

DNA and proteins evolved later and are more stable. But there was likely a time when all organisms had RNA genomes and cellular functions depended on RNA-based enzymes. 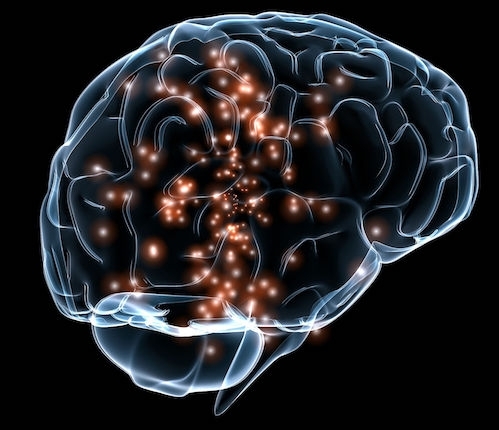 How did ribosomes make the first proteins? The RNA World Hypothesis | Ask A Biologist
Skip to main content