Thermodynamics: the study of energy or heat and related processes.

What is Lizard Island? It’s a fun way to help teachers, students, and other learners find out about the limitations of reproduction, and the effect of birth, death, and environment limits on populations.

Players of Lizard Island – Thermodynamics play the role of asexual and sexual lizards to learn how these animals must balance the costs of mating and reproducing with the energy they gain from food.

Once players understand how having a different reproductive strategy or being of a different sex can affect how they approach the mating game, they can move on to learn more about larger populations.

Players of Lizard Island – Populations will calculate population growth of many types of animals, based on different rates of death, birth, and growth rates.

Playing through both games may take students between 30 minutes and an hour.
If not enough computers are available, we suggest students work in groups of three. For the Thermodynamics game, they can each trade off for the three different lizard types. For the Population game, they can all work together to check their calculations are correct.
Make sure in the Populations game, students are writing down all numbers they need to use for future calculations. They should not be rounding during calculations. If students have an issue with a number not registering as correct, they should go back through and make sure they didn't do any rounding during calculations.

High School Life Sciences – Interdependent Relationships in Ecosystems, HS-LS2-2. Use mathematical representations to support and revise explanations based on evidence about factors affecting biodiversity and populations in ecosystems of different scales.

Strand 4, Concept 3, PO 3. Assess how the size and rate of growth of a population are determined by birth rate, death rate, immigration, emigration, and carrying capacity of the environment.

CCSS.MATH.CONTENT.HSA.SSE.A.1 Interpret expressions that represent a quantity in terms of its context. 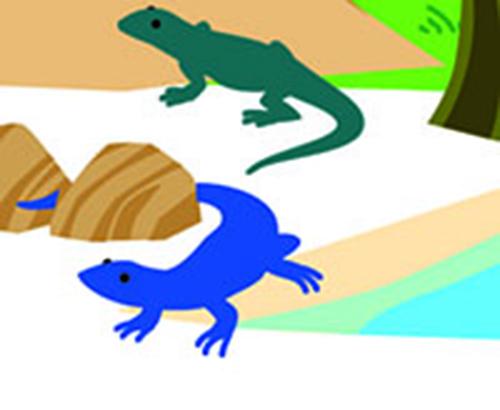 We are working on related items. Check back soon