Individual proteins are so small that you can’t actually see them, not even with most microscopes. So when you see a “picture” of a protein, you are really looking at a drawing or computer model of the protein’s structure.

Have you ever seen a model of our solar system? Maybe you made one for your science class out of Styrofoam balls, or maybe you've seen a really big model at a museum. These models help us imagine where the sun and planets are compared to the earth - even if the model is very simple. More detailed models can help us predict the motion of the planets around the sun. In the same way, different kinds of protein models can be used to visualize the structure of the protein in different ways.

Stink bomb? Here is a molecule called 2-amino-2-sulfanylacetic acid. You can't buy it anywhere that we have found. If we made it we would have one very smelly compound that is probably unstable. Nobody likes an exploding skunk, but that is what it might smell like. Its structure is very close to two different real amino acids - can you find the two that are the most similar to our skunky friend? Click on the image to see the chart of amino acids you can use to find which molecules are only one or two atoms different from this one.

The way the amino acids (and other molecules) are drawn is like a secret code. Here’s how to break the code:

Sometimes to save space and time scientists will leave out the colored balls. This is mostly for the "H"s for hydrogen, and all the "C"s for carbon. If you see a model like this, you can still decode it. The carbon atoms are at the point of every angle in the line and at the end of any line that doesn't end in another letter.

Drawing amino acids in these ways helps us think about what shape the amino acids take and helps us predict how they will behave. 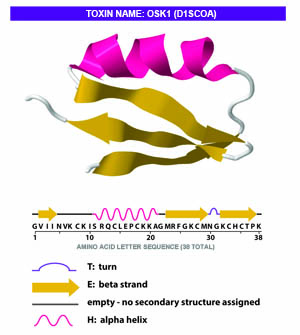 This kind of protein model is called a ribbon or cartoon diagram. It helps us imagine where the secondary structures like spirals (helices) and sheets occur in a protein. Click the image to get the entire story.

So they don’t have to write the full name every time, scientists have abbreviations for the names of the amino acids. There are two ways – a three letter abbreviation and a one letter abbreviation. For example, arginine can be written as “Arg” or just as “R”.  If you were a pirate, I bet your favorite amino acid would be arrrrrrginine. There has to be a standard code so nobody gets confused, especially because some of the amino acid names sound alike. For example, E is for glutamic acid and Q is for glutamine.

Scientists have many different ways to draw and look at protein shapes and structure. Depending on what they are interested in looking at they will pick different ways to draw and display the protein. Looking at the diagram on the right helps us see how the amino acid chain twists and bends to form the final protein shape, but is this really what the protein looks like?

The Many Faces of Molecules

Scientists have developed many ways to show how molecules look, what they are made of, and how they might work. They call these drawings "models." Here are eight different models of the same OSK1 toxin protein that we just looked at. This is just one type of molecule found in scorpion venom, but it can have many different looks depending on what scientists are studying.

One protein, one true structure, eight ways to look at it. Click on the image to get the entire story.

All of the models in the top row are color coded to show the different secondary structures. Pink is for spiral (helix) and yellow is for sheet. The bottom row is color coded by the different amino acids. For example, glutamic acid (E) is shown in white. You can see it on the bottom left “corner” of the protein model in all of the images on the bottom row.  Now look back at the first model of OSK1 toxin that we saw. Can you find the end of the protein chain that starts with the amino acid glutamic acid (E)?

Why Are There So Many Ways to Draw Proteins?

There are different kinds of images for different purposes. For example, here are some artistic ways to represent people and proteins.

This skeleton is more like the ball and stick model (right) and 1a and 2a in our gallery of images above. Is it correct? Yes, it has all of the correct bones shown as well as how they connect to each other. Does it show you what an actual, living person looks like? Not exactly. This is how a ball and stick model of a protein works. It shows you where the important atoms are (balls) and how they connect to each other (sticks), but it doesn't give you a very good idea of the where the spirals (helices) and sheets are or the full shape of the protein.

This drawing of a person shows the full human form. This is more like the space filling model (right) and 1b and 2b in our gallery of images above. This is the best way to imagine what the actual 3-D shape of the protein is like. Although there is a great amount of detail in a space-filling model, the image is so dense that it can make it difficult to tell what kind of structure the protein has (especially on the inside).

Not Just For the Comics

In a comic strip, you just need the basics of arms, legs, and head to visualize what the character is doing. This simplification lets you focus on the most important parts, like the character's motion or emotions. For the ribbon diagram (right) and 1d and 2d in our gallery of images above, parts of the proteins' structures are minimized so that in each you can focus on the location of the one spiral (helix) and how the three parts of the sheet line up. 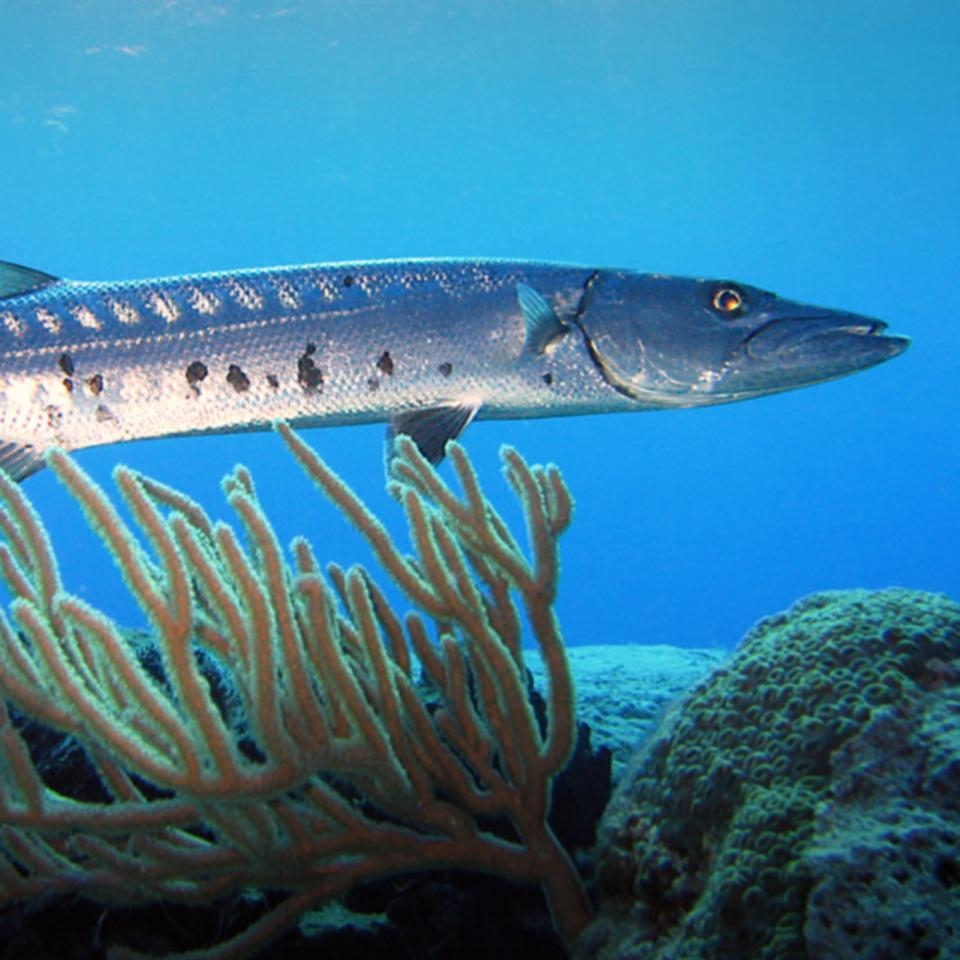