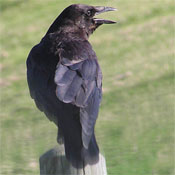 Length: 18 in. (45 cm )
Wide ranging across much of North America, the American Crow occurs in many types of open habitat from city parks, farmland, and tidal flats to woodlands. It is, however, absent from much of the lower desert in the southwest. Crows also eat a wide variety of food including insects, lizards, fruit, nuts, carrion and most notoriously the eggs and nestlings of other birds. In the winter and fall, this species is usually found in small to large flocks, and these flocks often gather at dusk in large roosts, sometimes with thousands of individuals passing the night together at the same place each night. Nests are often in small colonies and the branches and twigs used to make the large cupped nest are placed in large trees, usually high off the ground but occasionally on or near the ground. This species is considered a pest in some parts of North America because of the damage they can do to crops, such as corn.

The four-digit banding code is AMCR. 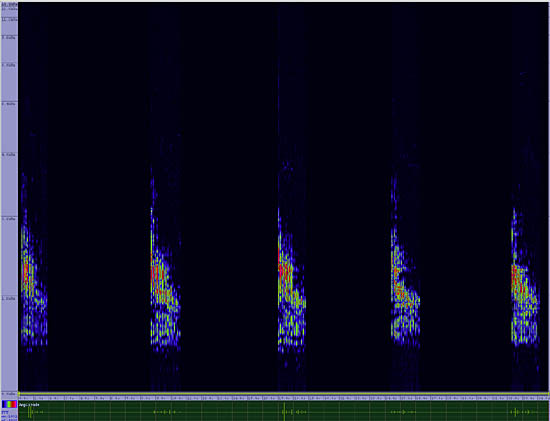 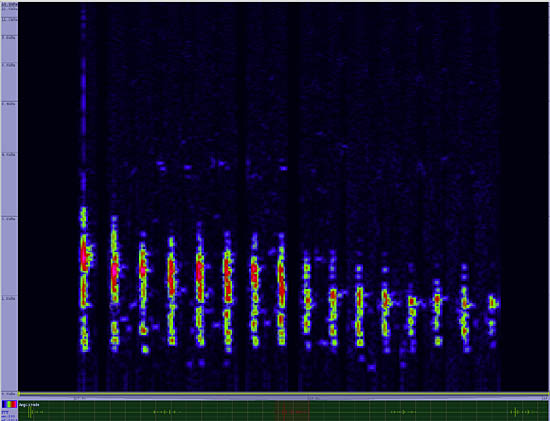 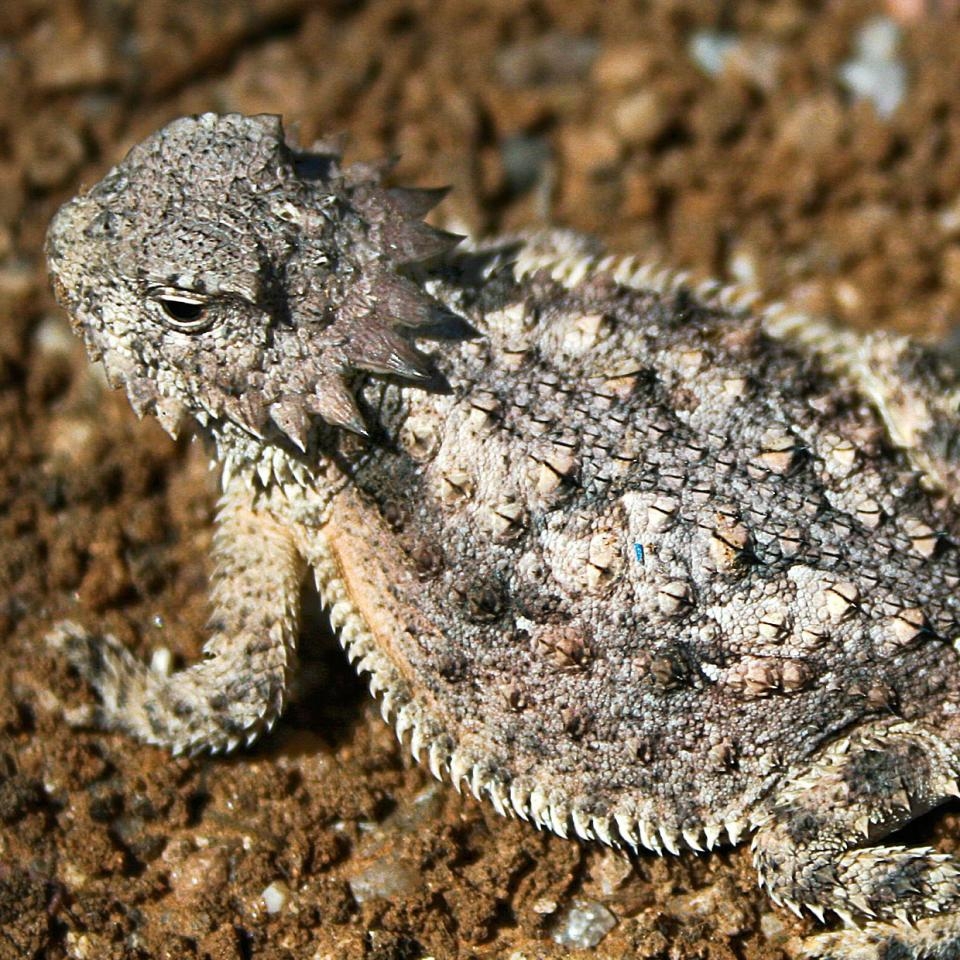 If birds evolved from dinosaurs, would that make them reptiles too?
Answer >>