Offensive: something that makes someone feel hurt or upset.

Pun: a kind of joke where a word is used that can have more than one meaning or that sounds like another word. ...more

Your science teacher is talking about photosynthesis, but you feel your thoughts drift away from plant cells. Instead, delicious sandwiches float through your mind—you are thinking about what’s for lunch. But just then, your teacher tells a funny joke and soon the whole class is laughing! Before you know it, you’re not thinking about lunch anymore. You start paying attention to the science again. 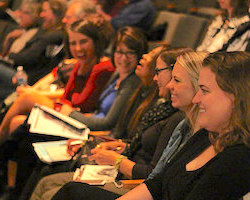 A science classroom can have lots of different people in it with different points of view, but almost everyone likes it when science teachers tell jokes. Image via Flickr by Cre8con.

Science teachers use humor in the classroom all the time, whether in grade school, high school, or college. But what do students think about science teacher humor? Does it help make a better classroom community? Or does it make students lose interest in the science? In the PLOS ONE article, “To be funny or not to be funny: Gender differences in student perceptions of instructor humor in college science courses,” scientists looked at what college students think of science teachers’ humor.

Many teachers use humor in class, whether they’re funny or not. So far, scientists know that teachers use humor to try to keep students interested in what they have to say. They also know that humor can even help some students learn. What scientists don’t know is how humor affects students in science classes. Some students think science is one of their more difficult subjects. Because of this, scientists think that humor might be extra important in science classes.

Inside the Student Mind 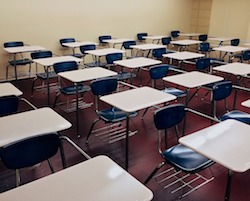 Jokes can make students pay more attention in class, or they can make them feel like they aren't even a part of the class.

The scientists also asked each student to give two examples of teachers telling jokes in class—one they thought was funny and one they didn’t think was funny. For each example, the scientists asked how that joke made the student feel and why it made them feel that way. Did the joke make them pay more attention in class? Did it make them feel like they could talk to the teacher more easily? Did the joke make them feel like they were a part of a community within the science class?

Finally, the scientists gave the students a list of joke topics like “science,” “TV,” “cute animals,” “women,” “people with disabilities,” and “Jewish people.” Imagine a science teacher telling a joke about each of these topics. Which would you think was funny and which would you find offensive? Researchers asked each student taking the survey this same question.

Almost all (99%) of the college students who filled out the scientists’ survey liked it when science teachers made jokes in class. 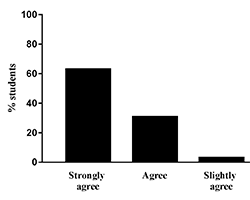 College students think jokes from their science teachers make the science classroom a more fun, relaxing, and less-stressful place. Science can be hard and jokes can make it easier. When teachers tell jokes in the classroom, students also find it easier to ask the teacher questions.

Your science teacher moves on from plant cells to talk about animal cells. You start thinking about that sandwich again, but then your teacher tells another joke. You don’t think it’s a very funny joke, but everyone else around you must think it’s funny, because it seems like they’re all laughing.

Not every joke your science teacher tells will be funny to every person in the room. Some jokes are just not funny, but others can offend students or make them upset. Scientists wanted to know how funny, unfunny, and offensive jokes affect students in the science classroom.

Based on the scientists’ results, funny jokes have the most positive effects on students. If your science teacher tells funny jokes, then you probably feel like you pay better attention in class, relate to the teacher better, and belong in the science class more.

If your science teacher tells jokes that aren’t very funny, but not offensive, then you probably feel the same as if the teacher didn’t tell any jokes at all. 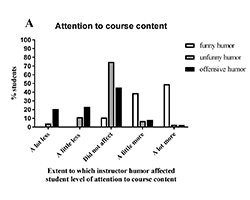 The scientists asked students to answer three questions about a joke they heard a science teacher make in class. Click for more detail.

However, if your science teacher tells jokes that are offensive or upsetting to you, then you probably relate to the teacher less and feel more unwelcome in the science classroom. Maybe you even feel like you’re paying less attention in class. Offensive jokes have negative effects on most students.

Before your teacher moves on from cells, they add one last joke: “Why couldn’t the plants escape prison? ….Because there were walls outside their cells!” Even though it was a bit corny, almost every student laughed. Most students thought that jokes about science were funny.

Besides science jokes, other types of jokes that college students find funny are jokes about college life and jokes about TV. The most offensive or upsetting jokes were ones that focused on personal identities such as someone’s gender, religion, or race.

To Each His or Her Own

Even though there are many ways people differ and react to jokes differently, the scientists focused on differences between boys and girls. 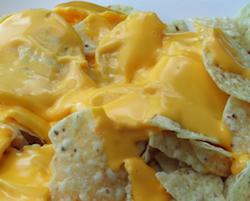 Girls like it when science teachers make food puns in class. For example, what do you call cheese that’s not yours? Nacho cheese! Image via Flickr, by Jennifer Feuchter.

Boys were more likely to find a lot of subjects funny. Imagine your science teacher telling a joke about politics. If you’re a boy, you might be more likely to laugh at that joke than if you were a girl. The girls only found one subject funnier than the boys—puns about food!

Now imagine your science teacher telling a joke about religion. If you’re a girl, you might be more likely to be upset by this joke than if you were a boy. Most subjects about personal identities like gender or race were more likely to upset or offend the girls in the classroom.

Is there anything that girls and boys seem to find equally funny? Say the teacher puts up a funny picture of silly sea otters when talking about ecosystems. Boys and girls alike might find cute animal jokes like this funny!

By looking at college science students, scientists learned that students like it when their teachers tell jokes in class, and there are benefits to students if the jokes are funny. But, teachers should be careful when choosing which jokes to tell.  Some subjects are funnier than others, and there are some subjects that might make the science classroom a less welcoming place to more than half of the students. 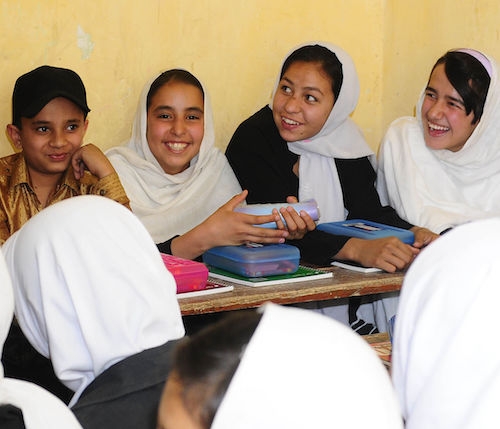 How does humor fit into science classes?
To be funny or not to be funny: Gender differences in student perceptions of instructor humor in college science courses
Learn how to read a scientific article