Scientists all over the world, in laboratories and in the field, work hard every day. They spend countless hours trying to find answers to research questions. Often this all leads up to an "ah-ha!" (or a "that's strange...") moment, when they discover something interesting or something that can change what we know about science.

But once they've made a discovery, what happens? Does the whole world automatically know about their work? Of course not—that would be too easy. In order to spread news of their findings, scientists have to write and publish articles that outline what they did and what they found.

How to Read a Scientific Paper

Below, we've mapped out the "gross anatomy" of an article—basically an overview of what goes where in a paper. After you know the basics of what you can expect to find in a scientific article, take a shot at reading one on our Article Dissection page. Together these sections provide tips you can use when reading a scientific paper. 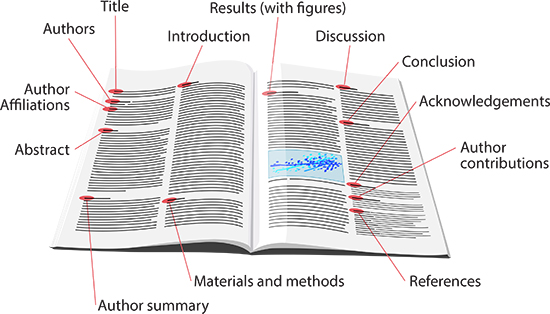 Just like you have a name, so does every research paper that is published. Usually the title offers a general idea of the subject of the paper. Sometimes it will also include information on what the scientists found. Show me an example | 1 |

Give credit where credit is due. People that made a large contribution to the project usually end up as an author. If there is more than one author, they are called co-authors. Sometimes, when a lot of people are involved, this makes for a very long list of authors. Show me an example | 1 |

It may seem odd, but scientists aren't the only ones involved in the completion of a study. Often times the university or institution where the study was completed also had an important role, in providing funds for the work, for example. The universities or institutions that sponsored the work are usually listed under the authors' names. To see which author came from what institution, you can usually match the numbers or symbols listed next to the author and institution names.

The abstract is a one paragraph summary of the most important parts of the article. Reading the abstract is a good way to figure out if you are interested in reading the rest of the paper. Abstracts can also have a ton of information though, so they can sometimes be difficult to read.
Show me an example | 1 |

Certain journals like to have the authors of the article write a simplified version of the abstract. This is often written for non-scientists or scientists from other fields. If an article has an author summary, it might be good to read it before you read the abstract. Show me an example | 1 |

Background is very important. If you're trying to learn about a specific lizard, for example, it would be useful to know where the lizard species lives, what it eats, and what kind of behaviors it might show. The introduction of a paper is where the scientists give you all of the relevant background information so you can better understand the study. Show me an example| 1 |

It would be great if scientific information would magically appear. But it doesn't. Instead, it takes days, months, or years to carry out experiments for a study. In the materials and methods section, the scientists explain exactly how they did their study. It is kind of a "how to" or "DIY" for other scientists. Because of the complicated nature of some studies, the materials and methods section can sometimes be the toughest part of the paper to read.

But this section can also give you the best idea of how research is done. Show me an example | 1 |

Results (with figures and tables)

Do you ever listen to an overly long story and wish that the storyteller would just get to the point? If you do, the results section will probably be your favorite. This is the heart of the paper, where the scientists tell you exactly what they found. This is usually where you will also find the figures and tables, though some papers put all the figures at the very end. A lot of results are pretty raw data (meaning the data hasn't been interpreted). Interpretation is saved for the next section. Show me an example | 1 |

If you read the results section, you probably take in a lot of numbers, some useful graphs, and you have a good idea of what was found overall. But what does any of it mean? Are the findings important? These questions are answered in the discussion section. Here, scientists present what they learned from the study and what effect the new information will have on science. They also discuss any problems with the experiment in this section. There is one thing to be wary of when reading the discussion...sometimes data can be interpreted in different ways. The interpretation presented in a discussion is not always the only interpretation possible. This is why the discussion section is kept separate from the results section.
Show me an example | 1 |

Some journal articles have a conclusion section,  which is basically a summary of the study that is really heavy on findings and what those findings mean. If you want the quick version of what impact the study will have on science, look for a conclusions section.
Show me an example | 1 |

Some studies involve many, many people that contribute, sometimes in relatively small ways. If someone helps out but didn't do enough to be an author on a paper, they still get credit for their work by being listed in the acknowledgments section. Show me an example | 1 |

While an author list tells us which people were most important to completing a study, it doesn't tell us what each author contributed to the process. Some journals don't include an author contributions section, but when they do, they list which author did what during the study.
Show me an example | 1 |

You may have heard the phrase that things "do not exist in vacuums." The reference section is proof of that idea. Throughout the entire paper, scientists used other published information to help give you background on their work, to explain why they used certain methods, or to compare their findings to others. The references section is where all those other published studies are listed. As you read through an article,  you will often see either tiny numbers in superscript or last names in parentheses at the end of some sentences. These are cues that link you to specific published articles that are all listed in the reference section. This section is especially helpful if you want to get more information related to the article you are reading. Show me an example | 1 |

Some studies produce a lot of important information that the scientists want to share with the world. Yet, if you want someone to read a journal article, it can only be so long. Sometimes, if there is too much information for too little of an article, information that can be considered "extra" is listed in a different section of supplementary materials.

Read more about: Anatomy of an Article 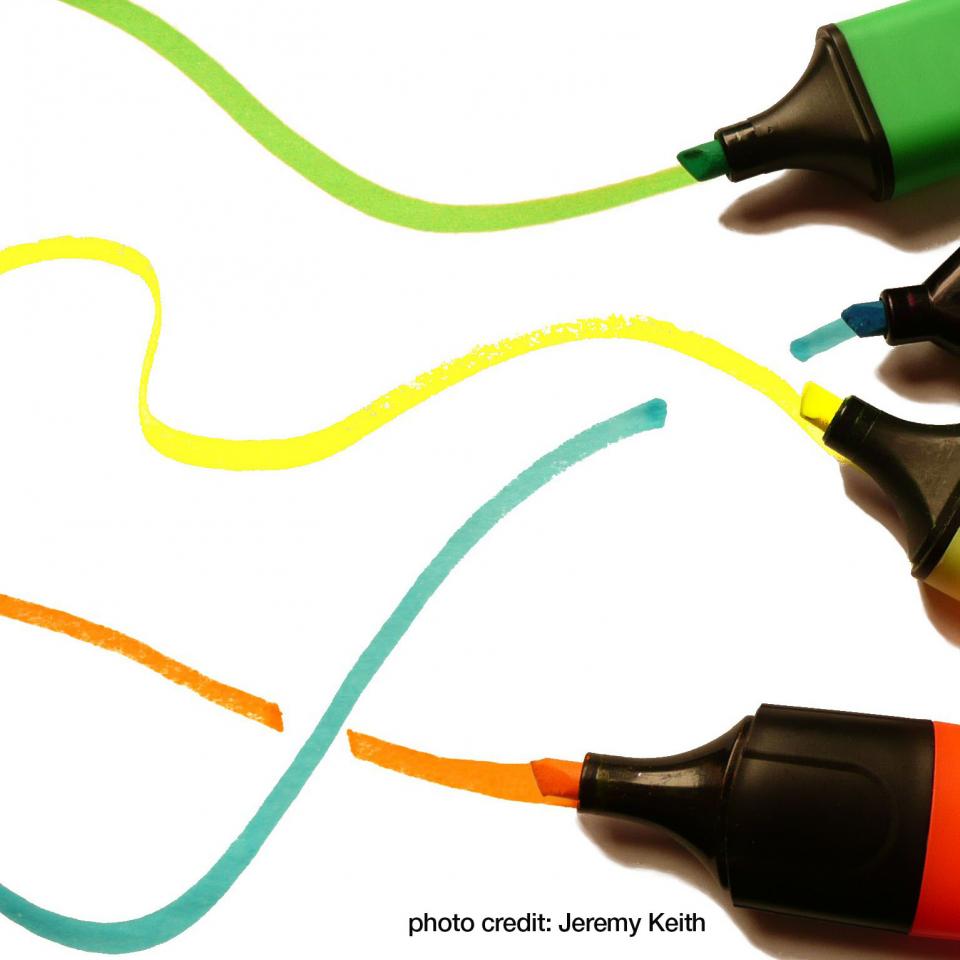 Anatomy of an Article