In terms of biology, no. In biology, we’re actually finding that what we used to call “races” aren’t different enough to have as separate groups. In other animal species, we sometimes notice differences in appearance that allow us to group them… usually into subspecies. So why can’t we sort the human species into smaller groups like we can with other animals? The answer is that the human species doesn’t have much genetic variation. We are too alike to split into groups.

What is a subspecies? 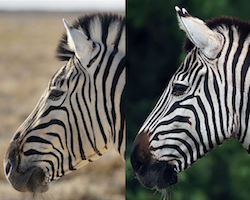 A species is a group of living things that can breed with each other. We can divide some (but not all) species into smaller groups called subspecies. These groups can still breed, but they have a number of physical and genetic differences.

Tigers have subspecies such as the Bengal and Siberian tigers. Differences between groups can add up when they live in separate places for a long time. This means that we can sort some animals based on their appearance or their DNA. For us to pick out subspecies, we look at the differences in genes. Groups with enough gene variation can be considered distinct.

Why can’t humans be grouped into races?

When we look at human genes we see little variation. Take a look at the photos below. There are three pairs of two members of the same species. Which pair do you think is more genetically similar?

Comparisons of humans, emperor penguins, and chimpanzees. Which of these pairs of animals do you think has the most variation within their species? Images of Taylor Swift and Kanye West by David Shankbone; Penguins by Liam Quinn; Chimpanzees by Delphine Bruyere.

Would you guess Taylor Swift and Kanye West are more alike, or two king penguins? What about Taylor and Kanye versus two chimps? It may surprise you to learn that this species of penguin has twice as much genetic variation as humans do. And this subspecies of chimp has more genetic variation than humans. In fact, when we look at gene differences among what we used to call “races,” we find more differences within a “race” than between two “races”.

Why are humans so similar?

Humans haven't been around as long as other animals. We haven't had enough time to develop much variation in our DNA. Humans also migrate and reproduce a lot. Different groups of humans are never apart long enough for genetic differences to add up. Human DNA is too similar to split us into subspecies, or into “races.” So we can't use biology to sort people into groups like we can with other animals.

Can we group people based on physical appearance?

Even though our DNA is similar, humans look very different from each other. But the traits we use to guess someone's “race” don't always work well. Think about skin color. There aren't just a few colors: there are more shades than you can ever count. The traits we use are also independent of each other. For example, being tall doesn’t mean you’ll also have dark hair. No matter which traits we use, there is no good way to group humans using appearance.

Historically, “race” referred to groups of humans based on features such as skin tone or ancestry. You can think of these as black, white, Hispanic, Middle Eastern, South Asian, and East Asian to name a few. But we have found that there is no basis in biology for these divisions. Instead, people living in the same area and with a shared cultural heritage and language are an "ethnicity." For example, the people of Iraq and Turkey have often been viewed as Middle Eastern, but they are distinct ethnic groups.

Ethnic groups can sometimes help inform medical concerns. For example, a population in sub-Saharan Africa has a high rate of Sickle Cell Anemia. Knowing their location and heritage can help pinpoint if they are at risk, in some cases. If we heaped all African ethnic groups under the label “black” then we miss that information. So it is clear that we can’t group people into races, or any large subgroups. As more evidence has come in, we’ve moved away from viewing “race” as a useful term or grouping for humans.

The images used above were inspired by Dr. Amelia Hubbard’s visual approach to teaching about race. We compare images of humans and other animal species. This helps show that human appearances are more varied than our genes. Individual traits (like skin color) or combinations of traits (like skin color and hair color) cannot reliably group people by race. Using images that show the wide variation in human appearance can help address this common misconception.
Hubbard, Amelia R. 2017. Teaching Race (Bioculturally) Matters: A Visual Approach for College Biology Courses. The American Biology Teacher 79(7): 516-524. 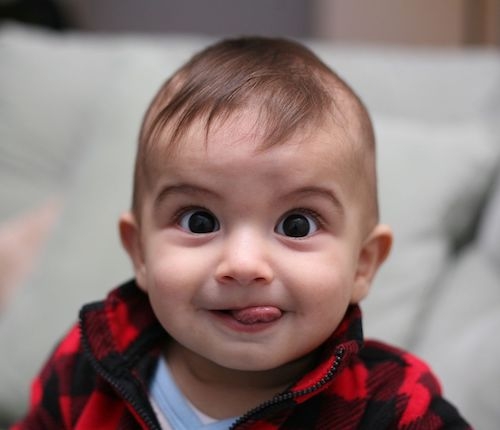 Humans, no matter where they live or their cultural background, are extremely closely related to one another.