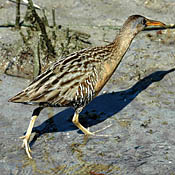 Length: 15 in. (37 cm )
Limited to salt and brackish marshes along the coast, only in the desert southwest does the Clapper Rail occur in freshwater marshes. Early in the morning and late in the afternoon, these large rails often will emerge from the dense aquatic vegetation and walk boldly along the water\'s edge with the short tail pointed up. One of the best times to see this skulking species is at exceptionally high tides when individuals are forced out into the open by the inundation. The basket-like nest is made of aquatic plants and placed on a bank under vegetation or a bash in or at the edge of the marsh. Their food is made up of invertebrates, frogs and some seeds.

The four-digit banding code is CLRA. 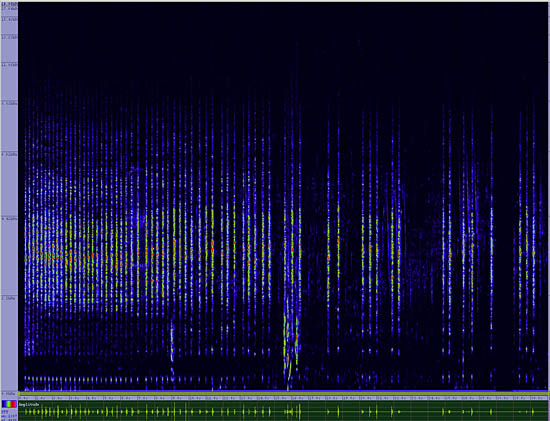 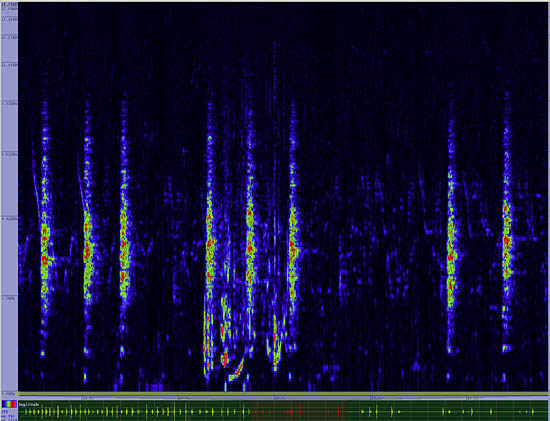 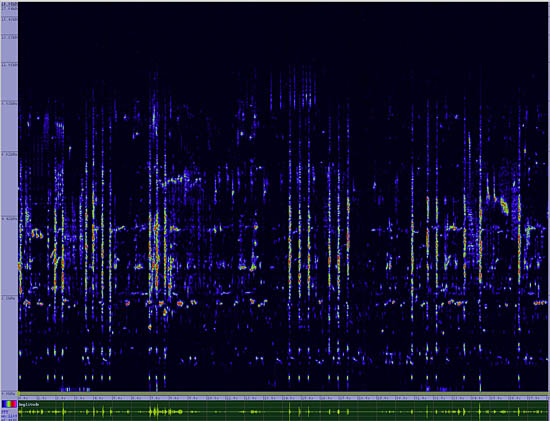 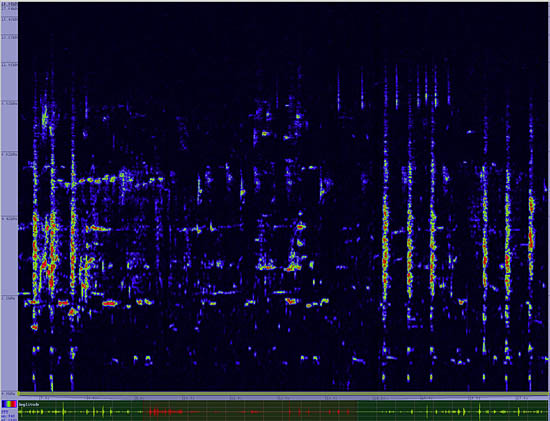 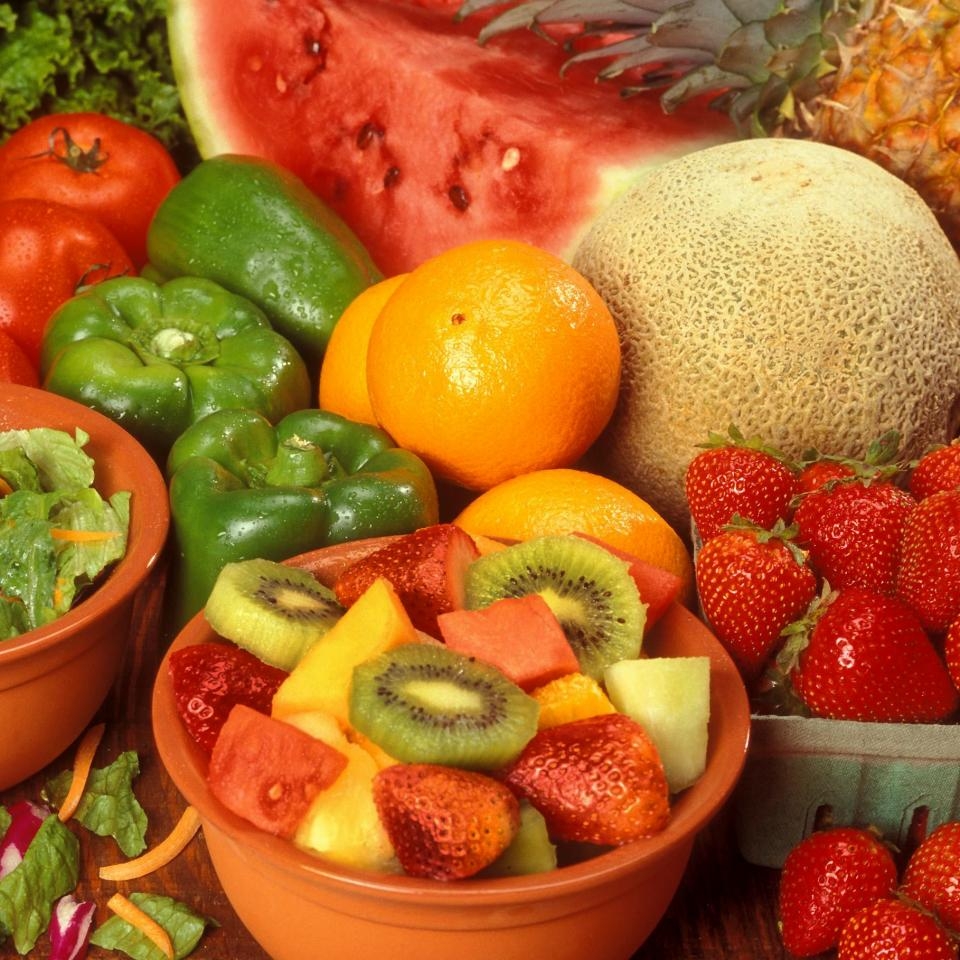