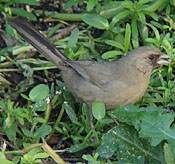 Length: 10 in. (24 cm )
Common in thick brush along water courses in a restricted part of the desert southwest, the Abert's Towhee has successfully taken advantage of human plantings and greenery to become a regular garden bird in desert towns, suburbs and even large cities. Usually in pairs, it can be secretive, but at times it boldly runs out along sidewalks and edges of swimming pools. It feeds on the ground by simultaneously digging both feet into the ground and throwing large wads of leaves and dry vegetation into the air in back of it. The seeds and insects lying under the leaf litter are then exposed and easily found. When the towhee is active in dry leaves of thick underbrush, it can sound like a person walking toward you. It nests in low bushes and its eggs and young are often eaten by snakes.

The four-digit banding code is ABTO. 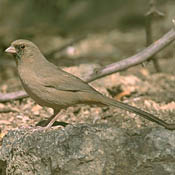 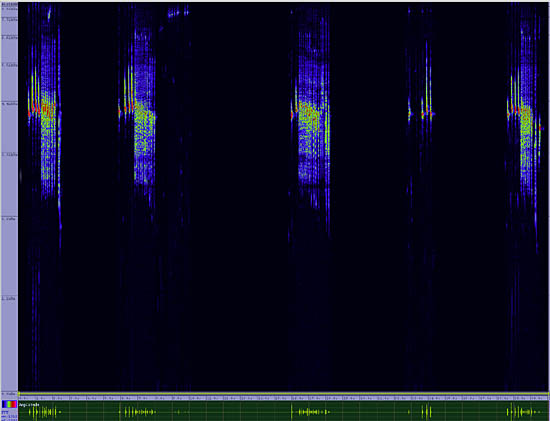 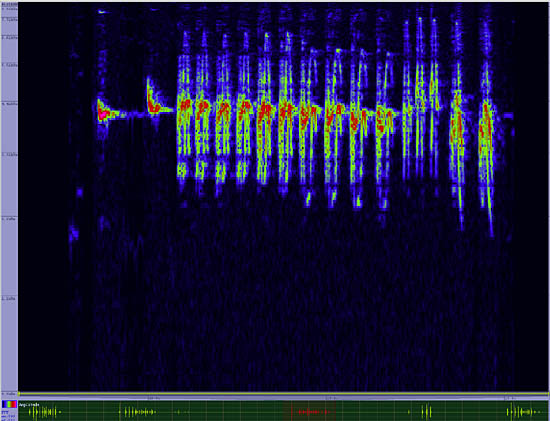 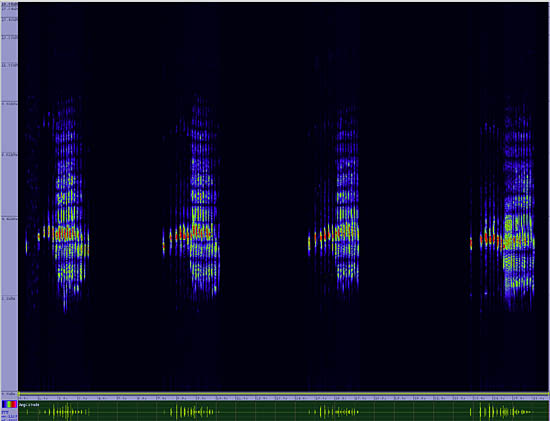 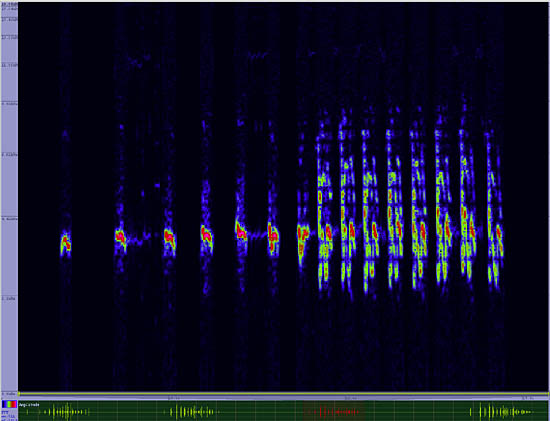 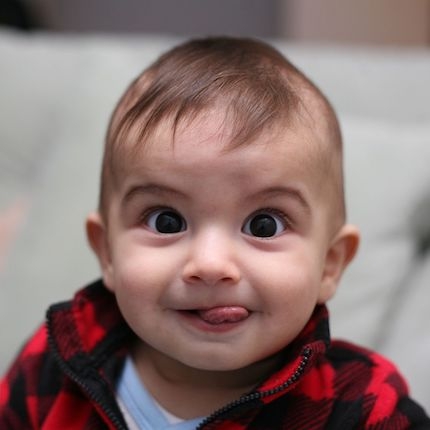