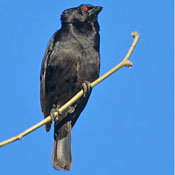 Length: 9 in. (22 cm )
Occurring in open woodlands, feeding lots, and vegetated suburban areas, it usually flocks with other blackbird species. This cowbird often feeds on the ground where it eats grain and seeds. A brood parasite, the female cowbird puts an egg in each of several nests. It has been recorded parasitizing at least 77 other bird species, but most commonly those of Hooded Orioles. The female cowbirds use their bills to pierce the eggs of the host species or other cowbird species already in the selected nest before depositing their own egg. The host species then feeds and raises this relatively huge young.

The four-digit banding code is BROC. 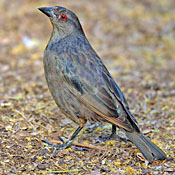 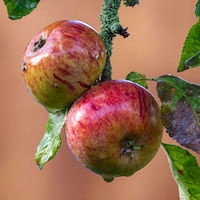