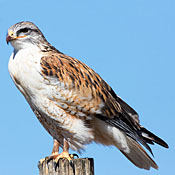 Length: 23 in. (58 cm )
One of the largest of our soaring hawks, this species occupies open prairies, grasslands and in the winter agricultural fields. It frequently perches on telephone poles or the top of an isolated tree, but, unlike most other large hawks, it also regularly stands on the ground. It feeds mostly on small mammals and the occasional lizard, snake or large insect. Its bulky nest is placed in the top of an isolated tree and made of large sticks and lined with grass and roots.

The four-digit banding code is FEHA. 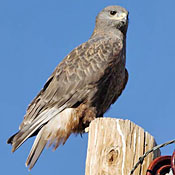 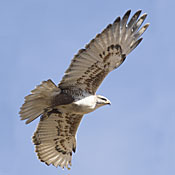 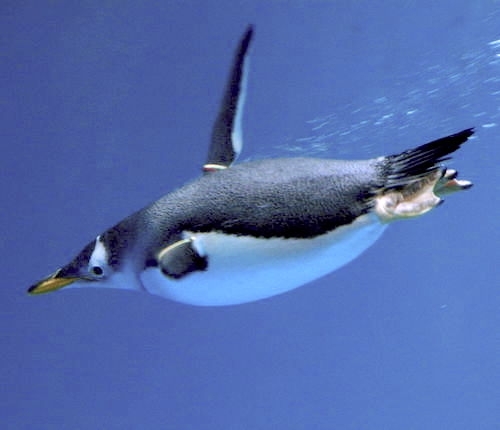