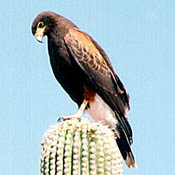 Length: 20 in. (51 cm )
A resident of open lowland areas, riparian woodlands and adjacent desert, the Harris\'s Hawk is usually obvious as it sits on the top of a saguaro cactus or tall cottonwood snag. It also does a moderate amount of soaring as the warm thermals form at mid-day. Females frequently mate with two male at the same time, and grown juveniles from the previous nesting often help feed the young. These groups of hawks hunt in a wolf pack style. One individual chases a rabbit, squirrel or medium-sized bird prey into the waiting talons of the other members of the \pack\. The nest is a large platform of sticks and twigs lined with green leaves, grass and roots and placed in a large cactus, yucca mesquite, or cottonwood. Because of its social behavior, the Harris\'s Hawk has become one of the most popular hawks used in the sport of falconry. It is much easier to train and handle than most other species of hawks, falcons and eagles.

The four-digit banding code is HRSH. 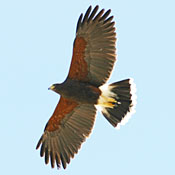 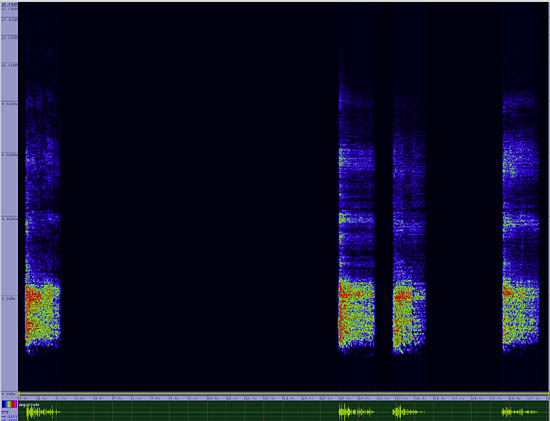 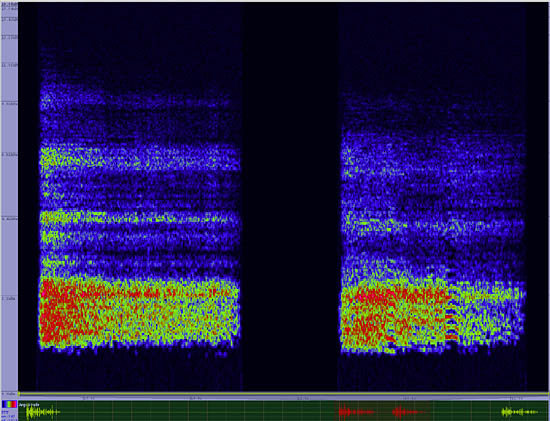