Bottom-up approach: the development of complex structures from simple and small building blocks...more

Self-assembly force: an outside energy that allows a molecule or molecules to shift into a more complex structure...more 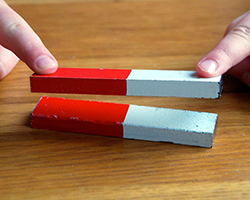 You pick up a magnet in each hand and hold them so the bottom of each is facing the other. You move them closer. As you try to push the magnets together, you can feel a force pushing them apart instead. These magnets have two different sides, with different poles. Similar poles will repel each other, but if you flip one over, so that a north and south pole are close to one another, the magnets pull together and connect.

One of the forces that controls the assembly of nanostructures is very similar. Electrostatic forces are the attractive/repulsive forces when parts of the molecules act like magnets. Many molecules used in bionanotechnology are charged (either positively or negatively). These types of forces are important when designing a structure.

The other forces involved are called hydrophobic forces. Hydrophobic force is the attraction between two “fatty” molecules or parts of a molecule. You can try this at home: take a glass of water, and add a few drops of oil to it. Move the water around very gently and, after a while, you should find that most of the oil drops have gathered into one or two larger floating oil drops. What is happening here? 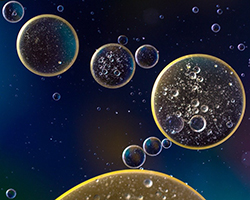 Droplets of oil floating together on water. Oil and water don't mix. Click to enlarge.

This hydrophobic force or effect is one of the main driving forces for self-assembly. The hydrophobic effect allows the self-assembled structure to be at its most stable state. The most stable state of a biomolecules is usually a position in which the molecule is the most “relaxed.” This means there isn’t stress or strain on the bonds within the molecule, trying to get it to change shape. So, it can hold that state easily, making it stable.

To build at a nanoscale, you need to understand electrostatic and hydrophobic forces in detail. With this knowledge, you can better predict the self-assembly of structures. 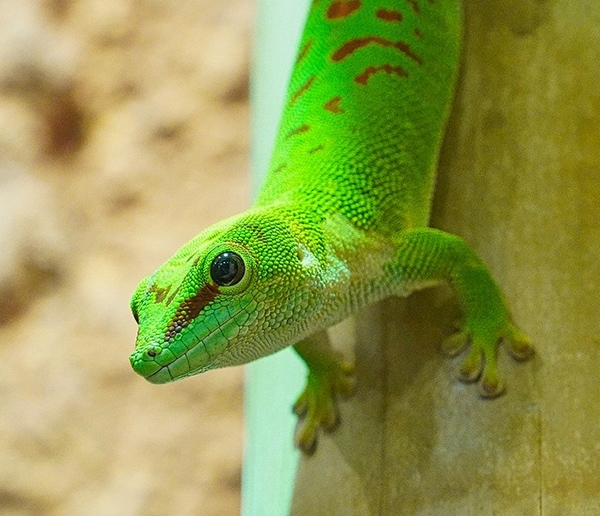 Sometimes small forces can have big effects. Very tiny forces are responsible for this gecko being able to walk on walls and ceilings.