Nanobots in Humans and Plants

From machines that build cars, to robotic animals, the world is slowly being populated with robots. These large, or macro, robots have complex functions that allow them to do different things. As of 2015, researchers have been able to spontaneously assemble a nanoscopic Voltron. This means they introduced the parts of the robot (molecules) together and the robot built itself 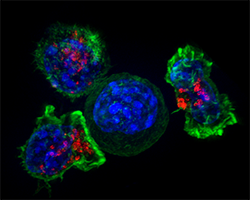 Nanobots can be used to target specific tissues in the body, like cancers. Image by NIH.

However, the nanorobots lacked complex functions, so they weren’t very useful. But researchers are making a lot of progress in developing nanorobots that can respond to their environment, and that can be made to have a very specific target. As a result, fields such as medicine and agriculture will greatly benefit from the use of nanorobots.

In the field of medicine, nanobiotechnology has been used in many ways. For example, nanostructures can be used to deliver drugs just to cancer cells. Cancer cells create an acidic environment, which can cause nanostructures to change shape. Scientists have developed nanomachines that only shape-shift when in contact with a cancer cell. The shape-shifting of these carriers allows the drug to be delivered selectively. Scientists are developing more complex and efficient nanostructures for such uses. 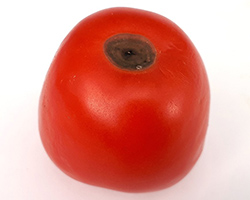 Certain diseases or nutrient problems may be able to be treated with nanobots. This tomato is suffering from blossom-end rot, which is caused by a lack of calcium. Image by Fructibus.

Bionanotechnology has not only affected the field of medicine, but also the field of agriculture. Nanostructures are being used to try to make more efficient farming technologies. For example, nanostructures have been used to deliver nutrients to certain tissues in tomato plants. Nanoparticles can get into the leaves of the cell and release the nutrients. This helps fight plant diseases more successfully than with regular fertilizers. Such technologies may help us reduce the impact of farming on the environment. It could also help us create more food for the growing global population.

The problems in modern society continue to challenge researchers to innovate. In bionanotechnology, researchers have stepped up to the challenge. They have and will continue to design smart approaches to solve these problems, using the tools of self-assembly. 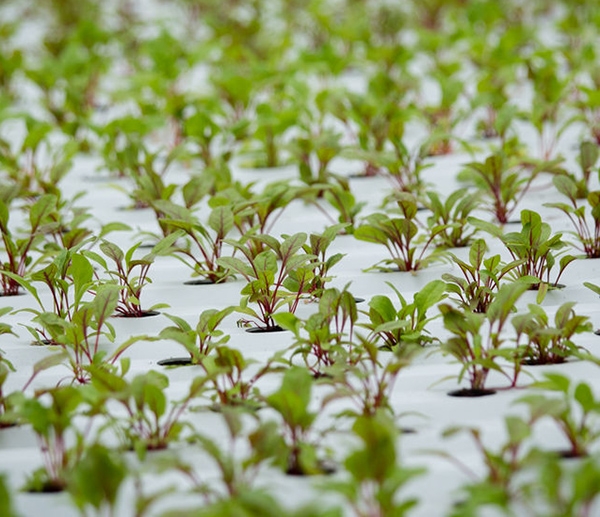 Nanobots could help make many improvements in the fields of medicine and agriculture.