Great question. Health problems are a major issue for survival. Heart disease is the leading cause of death worldwide. Other health problems, like stroke and lung cancer, also cause many more deaths than non-health related accidents. So it would seem to make sense that as we continue to evolve, any mutation that decreases these health problems would eventually spread through the population, making humans healthier with each generation. If you imagine this continuing, this should eventually lead to a perfect population of healthy, super long-lived humans...right?

Relative rates of death from heart disease due to narrowing arteries. In this global map of heart disease deaths, death rates are higher in areas with the darker (more red) colors. Red countries have over ~2,360 deaths per million people. Yellow countries have less than ~290 deaths per million people. Data from World Health Organization Estimated Deaths 2012 Vector map from BlankMap-World6, compact.svg by Canuckguy et al.

If natural selection were acting on life span, that idea might be true. But natural selection does not directly select for long life. Instead, it selects for traits that help organisms have more offspring. If a trait increases the number of offspring an organism has, that trait appears in greater numbers in the next generation. Because those offspring have that trait as well, they will also have more offspring and pass the trait on to a higher than average number of individuals. This trend continues until a trait spreads through a population over many, many generations. 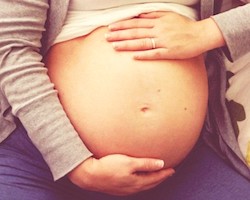 Diseases that occur after reproductive age won't have much effect on reproductive success. Image by David Roseborough from Los Angeles, United States.

When two things are antagonistic, that means that they work against each other, or oppose one another. Pleiotropy is when one gene influences two or more traits. Put together, antagonistic pleiotropy occurs when a gene influences more than one trait, when one of those traits is beneficial to an organism and one of the other traits influenced by that gene is harmful. The effect of testosterone shows this perfectly: high testosterone can increase reproductive success, but decrease life span in the same person. 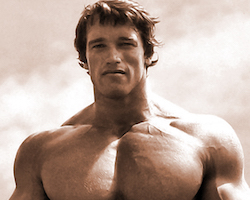 Testosterone is linked to the ability to build muscle mass. While testosterone may increase reproductive success, it can also cause health problems, especially later in life. Image by Jordandayaia.

Grandparents can be an important factor in the number of children a family raises. If a mother has more support (from her parents) in raising children, she may be able to have more children. Measuring reproductive success as the full success of extended family is called “inclusive fitness”.  If grandparents living into old age can improve the reproductive success of a family, it is possible there could be some selection for a trait that increases life span. However, in general, natural selection does not make us healthier directly; instead, it acts on traits that makes us more successful in reproduction. 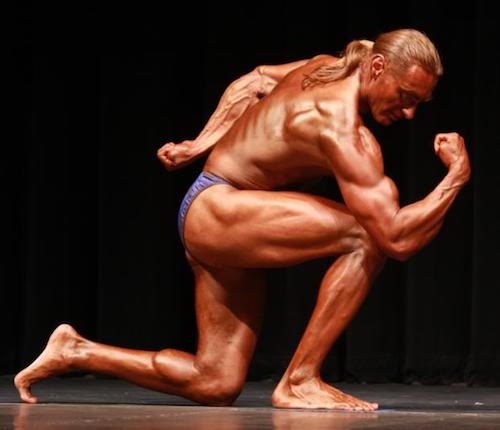