A lot of people think we only use a small part of our brains, but this isn't true. While all of your brain is not active every second, most of us use 100% of our brains over the course of a day. 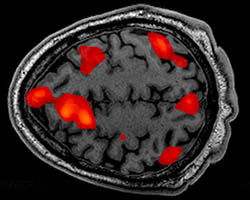 This brain image shows what parts of the brain were active when someone was using their memory. Image by John Graner.

Even if you are unable to use a part of your brain, it will "re-purpose" itself to keep that area useful. For example, people who are blind cannot use their visual cortex in the same way that people who can see do. But instead of this area turning off, it will actually start to play a role in other senses, like hearing and touch. The brain seems to recognize that this part of the brain isn't being used, so it learns to use the visual cortex in a new way.

This is an example of plasticity, or the ability to change. The brain senses that a part is being used less than normal. Then it will adjust itself to use that area for another purpose. Because of this many scientists use the phrase "use it or lose it." If an area of the brain isn't being used for one purpose, it will be used for something else. 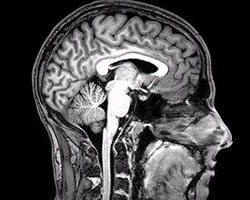 All parts of your brain are important. Image by DrOONeil.

Let's think of this another way. After any brain injury, a person almost always shows other related problems. These can be physical problems, like having trouble walking. They can also be mental problems, like having trouble remembering things. Just think, if we didn't use a large portion of our brains, then brain injuries wouldn't be a big deal. We could injure all those unused parts without causing any problems. But this isn't the case. Injury to any part of the brain can affect important functions. This shows us that all parts of our brains are used.

Scientists have even looked at the brain when a person is asleep. Almost every part of the brain is active at least a little bit during sleep. So just imagine how much more activity there would be when you're awake.

To learn more about how your brain works, visit What's Your Brain Doing? 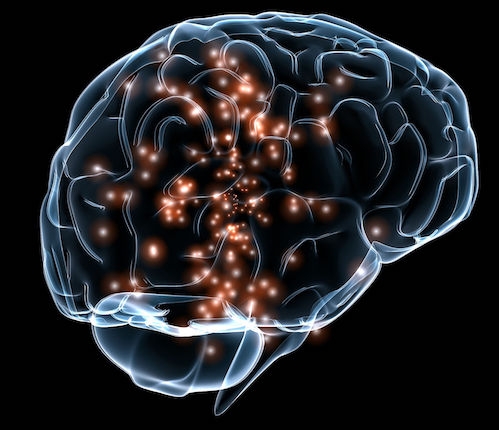