When Does a Theory Become a Fact?

When Does a Theory Become a Fact?

If you want the short answer… You’re asking the wrong question: theories never become facts! Instead, scientific theories are created from large collections of facts. Theories such as gravity, natural selection, evolution, and global warming aren’t random guesses or personal opinions. They’re time-tested explanations for why we observe the things we do. 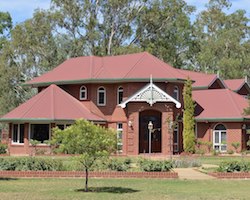 Much like some houses are made of many bricks, theories are made from many facts. Theories are very strong scientific ideas, as they are based on so much information and so many different observations. Image by mattinbgn.

Setting another brick into the wall, you wipe sweat off your forehead. As a master bricklayer, you've been building houses since you were young, but this will be your finest work yet. In fact, the home owner is visiting the construction site to see how your work is going.

She looks disappointed with her hands on her hips. "Is this it?" she says complaining. "When is it going to become a brick?"

You start to become slightly annoyed: the house, though not yet finished, is already beautiful. "What do you mean?" you ask. "The house is obviously being made from brick." You show her the brick in your hand.

"No, no! When will my house finally transform into a single, solid brick?" she yells, stomping her foot. "People said that if anyone could build my house perfectly, it would be you. Now that the building is almost done, why isn't my home one big brick yet?!"

What? You sit back, confused. That isn't how bricklaying works, that's not how building a home works either! Good houses are made of bricks, they don't become a brick.

When Do Theories Become Facts?

The same thing is true of scientific theories: theories are made from facts, theories never become facts. Facts are the small, detailed observations that we make about the world. For example, “when I let go of this apple, it falls to the ground” would be a fact. Only when scientists start gathering many of these facts together can theories be built.

What is a Theory? 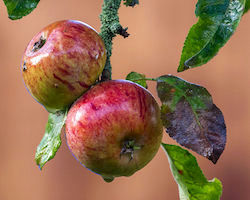 When this apple detaches from the tree, do you expect it to go up into the sky? Or to fall to the ground? The scientific theory of gravity lets us expect that it will fall to the ground. Image by Michael Palmer via photorasa.com.

Theories are our best explanations for why all these observations (the facts) are happening. Why does water run downhill? Why do expensive vases fall off tables? Why does the moon revolve around the Earth? The theory of gravity explains all these different events. It’s such a powerful theory!

However, houses built on bad foundations often need to be taken down and rebuilt. Scientific theories also sometimes need to be updated or changed. For example, biologists used to think that plants and animals couldn’t change over time. But people began to discover fossils, and ancient dinosaurs don’t look like anything alive today. This new fact wouldn’t fit into the old theory, so people began searching for a better theory that could explain all the facts.

Our current theory, called the theory of natural selection, now can explain SO many facts: everything from how bacteria become immune to antibiotics and why some animals are so beautifully colorful to why bat wings resemble human arms and chickens look like tiny velociraptors. No wonder it’s considered one of the greatest theories in biology.

Theories like gravity and natural selection have been rebuilt several times since they were first created. But that doesn’t mean we shouldn’t trust them. Theories are the best explanations we have at the moment, they aren’t just hunches or opinions. They are based on a ton of data and observation. If you uncover new facts or devise a theory that explains more facts than the old one, share it! That’s how science works.

Dr. Biology. (2018, February 13). When Does a Theory Become a Fact?. ASU - Ask A Biologist. Retrieved January 18, 2022 from https://askabiologist.asu.edu/questions/theory-versus-fact

Dr. Biology. "When Does a Theory Become a Fact?". ASU - Ask A Biologist. 13 February, 2018. https://askabiologist.asu.edu/questions/theory-versus-fact 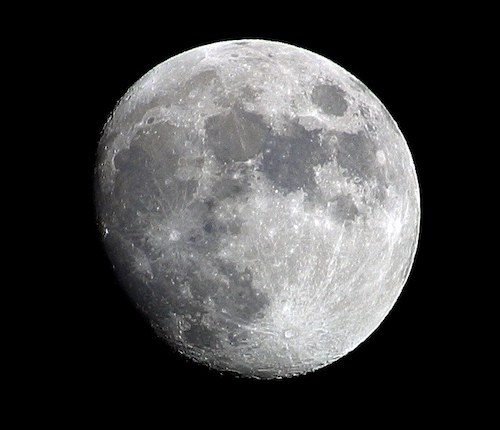 Gravity is such a strong scientific theory, it explains many of our observations, from dropped apples falling from trees, to the moon affecting our ocean tides.