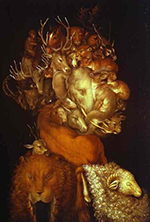 Looking at smaller pieces of the image reveals many different animals. But the image as a whole has the look of an old man's face. Click to enlarge.

Literal optical illusions are often produced by putting together a collection of multiple images. Each individual image may be easy to see, but the images together may look very different than the originals. This is accomplished through what is known as the “filling-in phenomena.” When the eye sends visual information to the brain, the brain chooses what parts to focus on. Depending on the focus, different layers of the image may be seen. 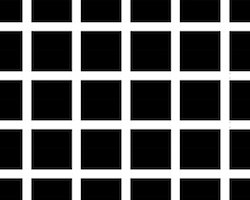 The repeating pattern of the image activates the same pathways of the visual system, causing a physiological illusion. Image by Paaliaq.

Physiological illusions cause a person to see parts of an image that are not actually there. These images often have multiple copies of the same image or pattern. The repeating pattern of the image will activate the same pathways of the visual system no matter where the eyes focus. This overloads the visual system, creating the optical illusion.

An example of this is the Herman Grid Illusion. The image is made of only black boxes and white lines, but when looking at it, you will likely see faint black dots where the white lines cross. This illusion takes advantage of the visual system process information for contrasting colors. 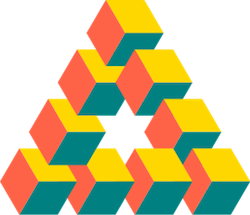 This cognitive illusion gives the appearance that one side of this triangle leads to all other sides of it. Image by Németh László.

Cognitive illusions use a person’s assumptions about the world to create optical illusions. These illusions do not rely on any kind of biological mechanism. Rather, they defy a person’s traditional thinking, creating an image that seems to break the rules that we've learned for physical items. This can be seen in Oscar Reutersvärd’s Penrose Triangle. If you try to follow one side of this shape, it leads you to all other sides of the shape, making it seem to be incapable of defining or following. 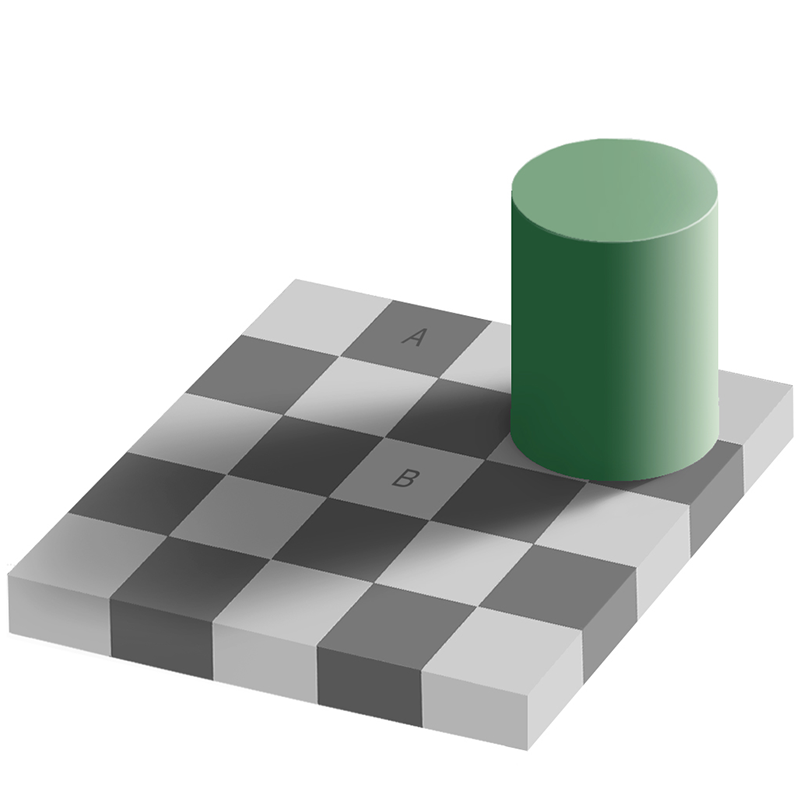 Optical illusions cause us to see things in unique ways.