Why Do We Dream?

Working While Sleeping: A Dream Job 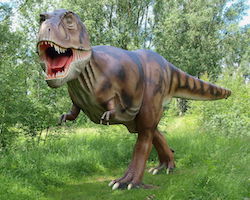 Could a dream about an extinct creature like Tyrannosaurus Rex have any purpose? Image from Rügen Dino Park by Dellex.

Last night I had a weird dream. I was wearing a jersey and cleats, running down the field in a giant soccer stadium. Suddenly, I heard a tremendous roar. When I turned around, a huge T. rex dinosaur was chasing me! I tried to run faster, but the grass became quicksand. The last thing I felt was hot dinosaur breath down my back. Ew! Although there is no scientific way to interpret the symbols in my dream, science can answer questions about why we dream in the first place.

We Dream to Remember the Past

Scientists think our dreams may come from our brains storing our memories for later use. Even though I was sleeping during my dream, an area of my brain called the hippocampus was awake. The hippocampus sits in the center of the brain, and plays an important role in storing our memories. It does this by changing the way our brain cells talk to one another. These changes allow us to remember events for a long time. As this process seems to be happening while we dream, it makes sense that we often dream about events that happened recently.

We Dream to Prepare for the Future 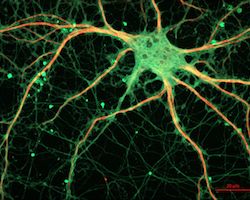 Areas and cells in the brain that are active while we do an activity are also active when we dream about those activities. Image of a neuron from the hippocampus by ZEISS Microscopy from Germany.

You might also have had a dream of something that hasn’t happened to you, but you know will or might happen in the future. We often dream of performing very well, or very poorly, in these moments. Scientists have compared brain regions that are active while we dream and while we are awake. They found that when we dream about an activity, the same parts of the brain light up as when we do that activity in real life. This means that these dreams could be helping us prepare for the future by “practicing” how to think.

As soon as I woke up screaming from my soccer-dinosaur dream, I remembered that I had just watched my favorite team win their game to go to the World Cup. Also, I love dinosaurs. Maybe my brain was sorting out my happiness that my team won from how nervous I feel about the World Cup. Although we can’t know the true meaning of dreams, we do know that they are important for our brains to work properly, and useful for helping us navigate an uncertain world. 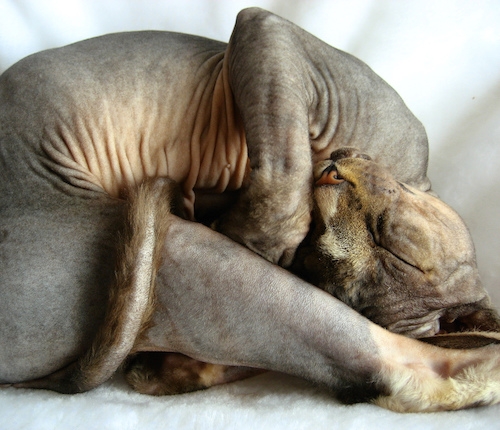 Lots of animals dream. But why?