How to Break Proteins

Proteins are essential for all living things to function. They are large molecules made up of long chains of amino acids. Depending on the types of amino acids they have, proteins fold in very specific ways. The way they fold controls what the proteins are able to do. Proteins help move other molecules, respond to signals, make reactions happen more quickly, and replicate DNA, among other things. However, if proteins lose their specific folded shape, they are not able to work properly. 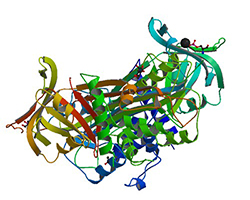 Proteins are long molecules that are twisted into a 3-Dimensional shape. That shape, based on the way they fold, is important to their function. If they lose that shape, they stop working properly. Click to enlarge.

Proteins require specific conditions to keep their shape. For example, most proteins in our bodies rely on us to keep a warm (but not hot) body temperature, stay hydrated, and take in enough of specific nutrients like salt. If our bodies aren’t able to maintain these conditions, some of our proteins may not function as well, or at all. Most organisms actually produce special proteins called “molecular chaperones” that help other proteins and molecules continue to work even if conditions are becoming difficult to tolerate.

When a protein is exposed to conditions too far outside of a range it can tolerate, that protein’s shape will come undone. This is called “denaturing” (basically, breaking) a protein. We denature proteins all the time when we cook food (think: eggs). In this activity, we will use common household products or processes to denature egg proteins in two main ways—by cooking them, and by exposing them to concentrated alcohol (ethanol). Do you think egg will look the same or different depending on how the proteins it holds are denatured?

Watch biologist Melissa Wilson Sayres as she shows you step-by-step how to break the proteins in egg whites.

Let’s look at each of the treatments we used:

Questions to think about after denaturing egg proteins

Are there any other processes you know of that turn egg whites from clear to white? What is it and do you think the same processes are happening?

Name another condition besides heat and exposure to a bond disruptor (like alcohol) that could affect the ability of a protein to maintain its shape.

What other things change color when their proteins are denatured?

Why might a living organism want to keep their proteins from denaturing?

In this activity, why was it important to have egg whites that we did not cook or add alcohol to? 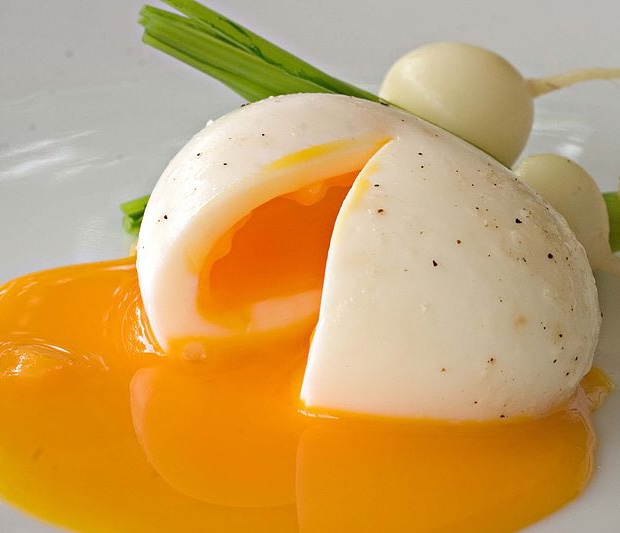 When an egg is cooked, the clear liquid surrounding the orange yolk becomes more solid and white. What causes this to happen?