Free electron microscope: a microscope that uses beams of electrons to read the structure of small objects and molecules.

You are sitting in an auditorium as a hush falls over the crowd. The orchestra members on stage shifts in their seats while lining up their music, and then raise their instruments to play. A slow low tone emerges from a French horn. It is gradually met with spiraling notes from the strings, raising in volume and octaves. At the climax the sounds cut off for a beat. Then a jaunty waltz emerges from the horns and strings. New instruments add their voices through the rounds of three counts as they work their way through Juliet’s Waltz. 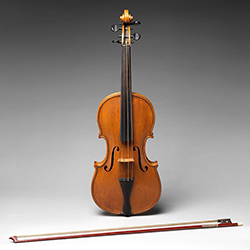 Fromme's talent is not limited to the laboratory. She also plays the viola in two orchestras in the Phoenix area. Image via The Metropolitan Museum of Art.

When you think of a renowned cell biologist who constructs lasers, orchestras and instruments probably don’t come to mind. However, Petra Fromme is an accomplished musician as well as an accomplished scientist. She plays viola for the Tempe Symphony Orchestra and the Scottsdale Philharmonic Orchestra. She has always used music to clear her thinking and to come up with new ideas. Many people give up one passion for another, but Fromme has pursued many different passions in her life.

When Fromme was an undergraduate student, she wanted to cure cancer. She was driven to help people, and to do so from the lab. But as she was participating in different research groups she found that she didn’t like working with animals. The prior summer she had worked with a research group on photosynthesis, which she enjoyed. So, she went back to that group to work on ATP and photosynthesis. 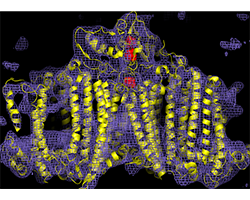 This image was created by Petra Fromme and Raimond Fromme using X-ray FEL crystallography and special computer programs. It shows the Photosystem 1 complex, which is very important for photosynthesis.

She put together a group of scientists who were excited to tackle the problem together. And even though many people had said she couldn’t do it, and no one wanted to give her money to try, she and her group solved the problem. Now anyone who wants to use a free electron microscope can without worrying about their sample. Solving the problem by making protein membrane crystals was not the only result to come from that project; they also ended up with two-hundred patents.

After she established the group to create protein membrane crystals, she wanted to become a teacher and researcher at a university. However, she suffered from what many suffer from in science - professional envy due to her accomplishments. Young researchers, particularly women, can be blocked from jobs and funding by older and more established peers. This happened to Fromme, and it caused her to nearly give up on her dreams. However, an opportunity presented itself in America: Arizona State University wanted her to come and start a research center. She grabbed that opportunity, her family, and her viola, and moved to Arizona. Now she is the director of the Biodesign Center for Applied Structural Discovery, with several scientists and graduate students working for her.

Family is very important to Fromme, and she dedicates time to spend with her children and grandchildren. She knew she wanted a family and a career so she made both happen. Now she encourages the women in her lab to seize opportunities and chase the life they want. She welcomes women who want to have families and start them early, in the same way she did, in order to have everything they want in life: family, career, and the ability to pursue their passions.

Breaking Cell Boundaries was created in collaboration with The Biodesign Institute at ASU. 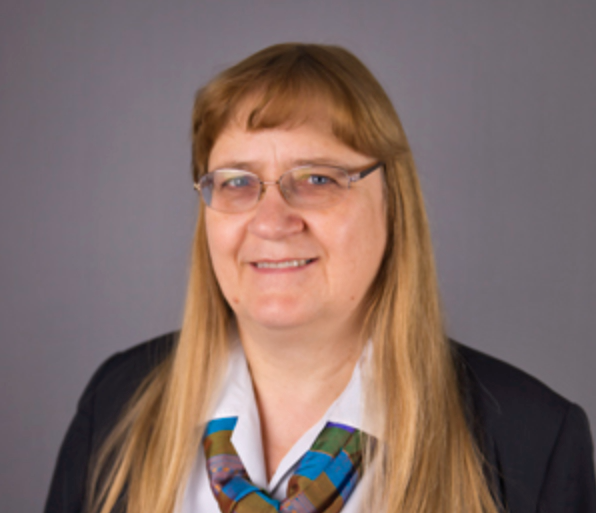 Petra Fromme studies the biochemistry of cells, and mainly during photosynthesis.