Enamored: in love with, charmed by, taken with.

Fascinated: showing great interest in a subject, object, or person. 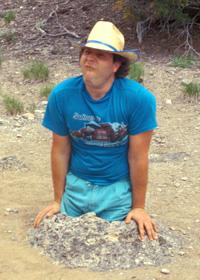 Professor Ferran Garcia-Pichel didn't really intend to become a biologist. It just sort of happened. "I always liked science," he said. "But I was actually quite undecided until very late in the game."

When professor Garcia-Pichel describes his education path and professional career as a microbiologist, it is clear that his life has been as nearly free-flowing as the microbes he studies.

Leading up to college, he had a wide range of interests: science, philosophy, history. But there was no clear direction that he saw for himself. In fact, sitting in his office at Arizona State University, professor Garcia-Pichel struggled to explain exactly what brought him to biology's doorstep.

"It was probably just a set of random circumstances," he said. "I didn't really choose much, it just happened to me."

But just because he didn't necessarily choose to be a biologist doesn't mean he lacks the required passion. In fact, he believes the more educated a person becomes, the more comfortable they feel within a given subject or project. That's how he ended up where he is today. 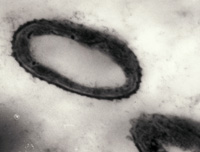 "When I was an undergrad and I was already decided on biology, I was looking for an area to do more specialized undergraduate research. At the same time biotechnology started to bloom," he said.

Professor Garcia Pichel became enamored by the science behind biologists using what they knew to advance knowledge as well as develop solutions for real life issues. 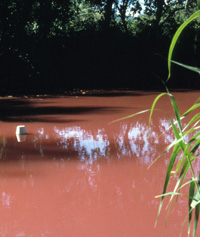 That got his foot in the door of microbiology, but what really fascinated him was a "mysterious lake" that was being studied in the same lab. "It turned bright red like blood every fall. There were a lot of legends about this small pond or lake, named Lake Ciso. It was a stinky place, and it was dreary looking," he said.

He started going out with research teams to the lake and studied the self-contained ecosystem within the lake, comprised almost exclusively of microbial cells. Through their research they were able to explain why the lake turned red, rather than to rely on the local legends for explanation. It was unlocking those secrets that no one else could explain that piqued his curiosity.

From there, it was a "random set of life events" that led him through the remainder of his education and to his career at ASU.

After finishing his undergraduate degree in 1985 at the Autonomous University of Barcelona in Spain, Professor Garcia Pichel was awarded a prestigious Fullbright grant and took his educational endeavors to the University of Oregon where he earned his Masters' degree in 1988 and PhD in 1992. He performed his postdoctoral research at the Max Planck Institute of Marine Biology in Germany where he stayed until 1999 when he moved to Arizona and began his career at ASU. 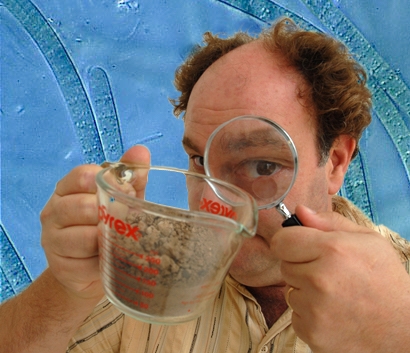