Gas stream: a stream of gas (air) coming out of a process, such as a car or a factory.

Interdisciplinary research: using knowledge and methods from different fields together to do research.

If you’d told a young Rosa Krajmalnik-Brown that she would grow up to do research in microbiology, she probably wouldn’t have believed you.

Even with her interest in biology, Krajmalnik-Brown has always been more interested in chemistry; she even failed her first biology class. But as with many people who eventually become scientists, her natural curiosity led her on a winding path, through twists and turns. Eventually, she would combine her love for chemistry with an interest in microbiology. 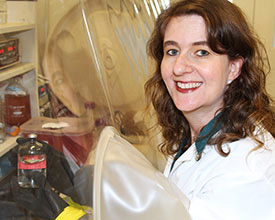 Krajmalnik-Brown used her background in chemistry to pursue microbiology.

Krajmalnik-Brown’s interest in science started early on. At her middle school science fair, she made handmade shampoo – of various colors – which she demonstrated on dolls. Later, after high school, she pursued her interests in chemistry at the Universidad Autonoma Metropolitana Iztapalapa in Mexico. There, she used chemistry to make new foods and flavors, and even new medicines; she always loved helping people.

Chemistry was her main focus, but little did she know that this would soon change. While doing her undergraduate work in Mexico City, she met an influential engineer who was using microbes to clean up contaminants from gas streams coming out of a factory. She realized that using microbes to clean waste from streams could have a massive impact on the ecosystem and people’s health. And her background in chemistry would be a huge help in joining the scientists working on this problem. 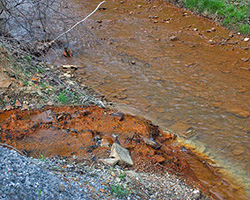 Streams are an important part of many ecosystems, because they move nutrients and water and hold many animals and microbes. Contamination, like shown here from mining pollution, makes streams less beneficial to the ecosystem.

Like the winding path of a stream, Krajmalnik-Brown’s career path has been anything but straightforward. But this is also what makes her research stand out. Her research is a good example of interdisciplinary research, which combines knowledge and approaches from multiple fields (such as chemistry and biology) to ask questions and provide solutions that either field might not have made on their own.

She spent years, as a postdoctoral researcher at Arizona State University, setting up a state-of-the-art microbiome analysis laboratory. In her lab, she uses a DNA sequencing machine to figure out the code of many microbes at once, and she cultures (or grows) microbes to replicate them. She continues applying her knowledge in her lab today, as a professor and researcher at the Biodesign Institute at Arizona State University. 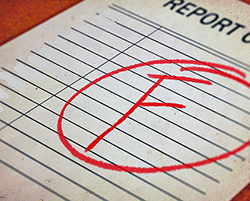 Failure is a natural part of success, even in biology. Image via Flickr, by amboo213.

Krajmalnik-Brown’s story is a good example for those thinking about a career in science. You don’t have to know exactly what you are going to do when you start out. What may be more important is to let your interests guide you and change your path as you go. “Exposure to science is very important”, says Krajmalnik-Brown, who suggests that students should get involved in hands-on science in real science labs.

She recommends becoming involved in student organizations, because it gives great opportunities to meet people who might have a big impact on your life. “You are going to spend more time at your job than at your house or doing anything else” she said, so “it is important to do something that you are passionate about and that you believe in.”

Mending with Microbes was created in collaboration with The Biodesign Institute at ASU.

Read more about: Mending with Microbes 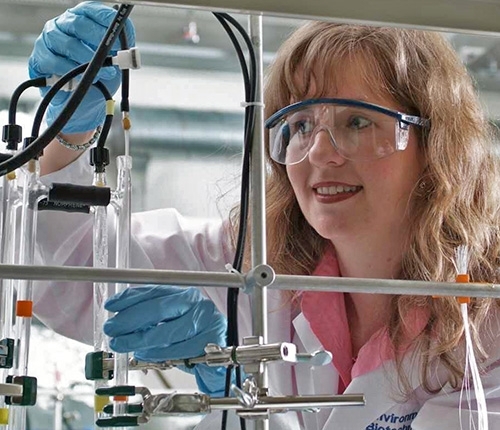 Rosa Krajmalnik-Brown studies how microbes can be used to benefit humans and our environments.