Major: in college, it is the subject area you officially focus on for your studies.

Mucus: a slimy substance that you make in your nose, throat, lungs, and some other organs.

Priority: a thing that is important to a person.

Prototype: the first model or example of something, usually for a new invention....more

Standing in the middle of a dusty horse riding ring, five-year-old Shelley Haydel bends her knees and tenses up. Her eyes are focused on Buck, the big brown horse that is racing straight toward her. Haydel’s dad is riding Buck. As they gallop closer, she grabs her dad’s arm tight and jumps. Suddenly, she’s balancing in the saddle behind her dad and holding on for dear life. The crowd all around her cheers. 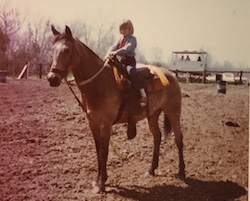 Haydel grew up riding in Western horse shows, playing sports, and making mud pies with the neighborhood kids. Today, Haydel is a microbiologist. She studies dangerous bacteria and how to cure the diseases they cause. Though she spends less time balancing on horses, she still balances a lot of different priorities. She works to learn new ways to cure disease, teaches young doctors and scientists, and still has time to keep her body healthy and have fun.

Haydel is the kind of scientist that likes to put her ideas into action. She works on the science of bacteria, but also on ways to directly help doctors treat patients. This balance of both learning and helping has been part of her career since the beginning. 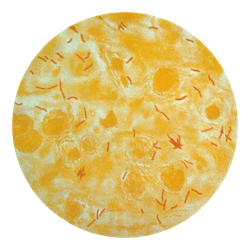 Body fluids can often be tested for signs of disease. This image is a microscopic view of a mix of spit and mucus coughed up by a patient with tuberculosis. You can see the small, dark bacteria throughout. Image by the CDC.

Her first job after college was working first-hand with diseases for a public health department. She didn’t work with sick people, but did sort and prepare sick people’s body fluids. Today, she teaches a class that trains future doctors and scientists to identify diseases. To teach it, she draws on her memories of that first job.

While doing her research, Haydel is always thinking about how it will be useful in the real world. For example, Haydel had been working on a prototype of a type of powder that would suck up bacteria and toxins. Then one day, Haydel’s mother got an infection in her thumb, and Haydel had to take her to the hospital. She saw how the doctors put fabric in the wound, and realized the fabric was much easier to remove from a thumb than powder. So, she worked to spin her powder into a fabric that can be put inside the body or on a cut instead of poured into it.

Staying Active in Body and Mind

As a kid and as an adult, Haydel exercises not just her brain, but keeps her body healthy too by staying active. Since middle school, she’s always used exercise and sports to give her an outlet for her energy, and as a chance to have fun and build friendships. She enjoys watching football, but growing up, her favorite sport to play was basketball. 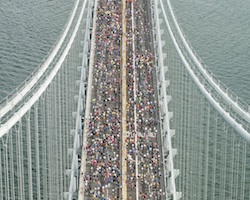 Scientists aren't only about work; lots of scientists like to stay active and have fun. Haydel runs in marathons, for example. Click to enlarge.

As a scientist, Haydel spends long days doing research and teaching, but she still makes time to work out at the gym several times a week. She runs for exercise, and competes in marathons and 200-mile relay races. Her love of sports makes the classes she teaches fun too. Haydel created a game that teaches students about how bacteria protect themselves. In the game, students use teamwork and throw a ball around outside.

In college, Haydel took time to find her path. She changed her major around six times. Then one day she took a microbiology course that sealed her career for her. Now she is the head of a program that connects students with scientists and helps them find their own passion for research. She tells students to keep searching for that moment when everything clicks, and they say, “Wow, I really love this!”

From being part of student council and honors clubs in high school, to working with students, scientists, and doctors today, Haydel has always thought about ways to help people. As a little kid, she could keep her balance on a racing horse without falling off. Today, she keeps a balance between learning, helping, staying active, and having fun. 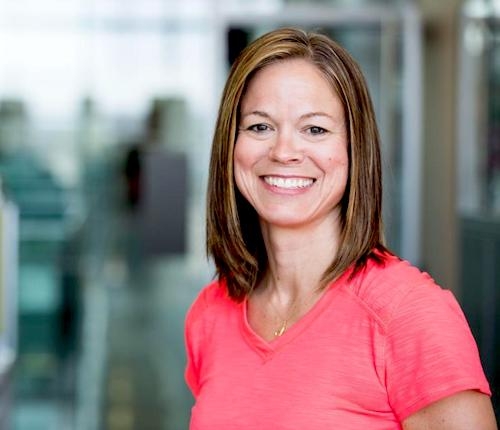 Shelley Haydel studies bacteria and ways we can fight infection.