Competition: A contest between two individuals or groups over resources such as food, territories, or mates....more 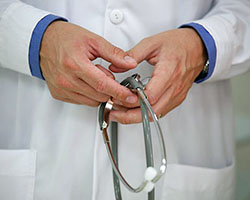 What should your doctor know about evolution? Image by Alex Proimos.

EvMed in the Doctor’s Office

Should Doctors Use Evolutionary Ideas To Treat Patients?

This is a bit of a tricky question. Imagine you had to go to the doctor and your appointment wasn’t the best—you have a bacterial infection. But with an antibiotic prescription in hand, you feel confident that soon, all will be better. Your pharmacist gives you a 10-day course of pills to take and both her words and your doctor’s words echo in your mind: make sure to finish all your pills. 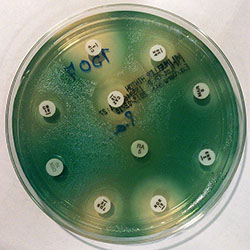 Now, this understanding of evolutionary competition is helpful to doctors so they can explain to patients why a seemingly simple infection may come back and require different medication. But should your doctor be using that information to decide to give you a different treatment plan in the first place? This is where things get complicated.

The studies that have shown fewer antibiotics may improve health were on mice; they have not yet tested this in humans. Thus, we cannot and should not be altering our treatments based on this information… at least not yet. Hopefully tests in humans will soon be completed and will teach us better ways to treat bacteria without promoting antibiotic resistance.

Evolutionary Medicine is About the “Whys” 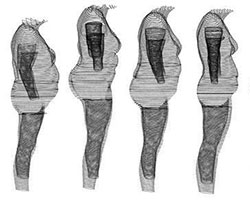 Evolutionary medicine research is helping to figure out why obesity is such a widespread problem.

An evolutionary view of medicine can be extremely useful to help patients understand the “whys” of medicine… why are many cancers more common now than they used to be? Why do so many people struggle with obesity? Why does depression exist? But a specific doctor shouldn’t plan to use evolutionary ideas every day to alter the treatment of patients. Eventually, evolutionary medicine will be affecting how patients are treated, but each treatment that is based on a new idea still needs to be highly studied and tested before a doctor should recommend it.

For now, the most important use of evolution in medicine is to develop new questions and approaches for research. Hopefully someday the treatment plans your doctor gives you will be based on very well researched and understood treatments that are formed with an understanding of our bodies and our health in light of evolution.

Karla Moeller. (2017, June 21). EvMed in the Doctor's Office. ASU - Ask A Biologist. Retrieved May 12, 2021 from https://askabiologist.asu.edu/evolutionary-medicine-doctors 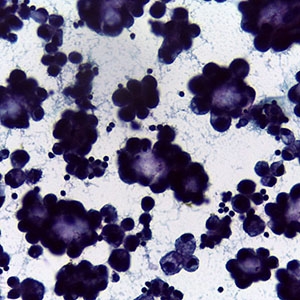 Evolutionary medicine may teach us more about why breast cancer is so common today.