Pressure: a force against an object. Like when you use your hand to push a door open.

How Do Birds Fly? 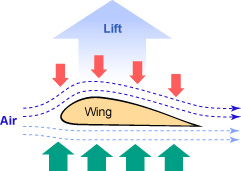 If you tried the paper activity from the front of this article, you might have been surprised by what happened. In most cases a person would think the paper would go down and not lift up when they blow air across the top.

How Do You Make Air Move Faster?

How Do You Get the Air to Move Over a Wing?

Getting the air to move over and under the wing also requires the wing to be moving. This is called thrust. Thrust is created when birds flap their wings using their strong breast muscles. Planes use another method for thrust. They use engines. These can be either propeller or jet engines. With both birds and planes, thrust is the other part of creating lift and the ability to fly. So the shape of the wing and the ability to move it through the air are the two things needed for bird and plane flight.

This bird flight video was created through a collaboration with Canadian Museum of Nature. They have other great interactive animations, but they do require Flash.

If you would like to learn more about the physics behind air speed, pressure, and lift, try searching with these key words "Bernoulli's, principle." Named after the Swiss mathematician Daniel Bernoulli. 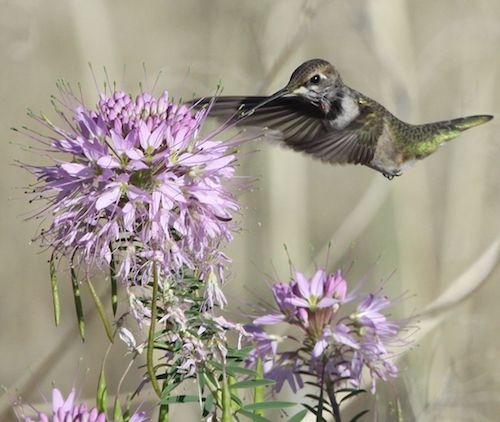 Of all the birds, the hummingbird might be the most skilled at flying.