How Do Blind People "See" the World? 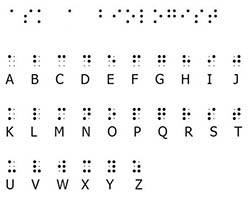 Even though blindness can make some things complicated, there are also some great tools which can be very helpful. For instance, braille is a touchable way to read.

Braille was created by Louis Braille in 1824 after he lost his vision at age 15. It is basically a code in which a sequence of dots represent each letter of the alphabet. The dotted code can be pushed into paper, or embossed, to create raised dots that can be felt by your fingers.

Another common tool used by individuals who are blind or visually impaired is talking software. This software is often used with digital devices such as computers, cell phones, thermometers, scales, bank ATMs, and public transit ticket machines. All of these items rely on sight to operate but with the use of talking software, anything that has text can be read out loud by the program. A very popular program that is commonly used with computers is the JAWS (Job Access With Speech) screen reader. This tool enables individuals with vision impairment to surf the internet or read digital books. 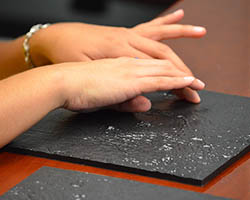 Pictures are a part of our everyday lives but unfortunately there is no way to read a picture. Fortunately there are other ways to experience a picture and that is by touch. Pictures can be made 3D by embossing on paper, making a sculpture or using a 3D printer. Just think, instead of seeing a building, you could touch a miniature replica of the building or a 3D printed picture of the building to have a better idea of what it looks like. You could also touch the building directly, but you wouldn't be able to get an overall picture of it that way, because it is too large.

There are some animals such as bats and dolphins that use echolocation to "see" as they move around or find prey. They can create sound waves that bounce off the surrounding areas. As these waves return, variations in intensity will allow them to determine the location and size of objects. This tool is most often used by animals that move in the dark or underwater.

It has been suggested that blind people could also use this method to navigate their surroundings. Use of echolocation by humans has been limited in comparison to some other animals because humans do not have the same sensitivity to create and interpret sound wave information.

Read more about: How Do We See? 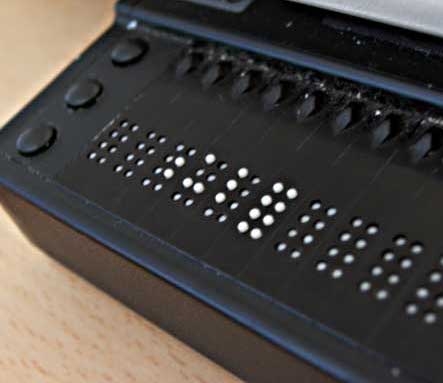 To read off of computer screens, some blind users have refreshable Braille keyboards.

How Do We See?