Epithelial: relating to the epithelium, which is the cell layers found on most body surfaces.

How the Nose Knows

You sniff the soap closely. Cinnamon... orange... and vanilla. Mmmmm. Whether picking out the scents in soap, or smelling when food has been sitting for too long, how is it that your nose knows what it is you're smelling?

Your nose smells using nerves that connect directly to your brain. Click for more detail.

The inside of your nose has a few different layers that help it recognize specific odorants. The top layer is mucus: a sticky substance that traps odorants. The layer underneath is made up of epithelial cells, which serve as a barrier to bacteria and other harmful things that might want to get into the body through the nose. Underneath the epithelial layer are the olfactory neurons.

These neurons are the cells that can both recognize the odorants and tell the brain about them. To reach the odorants, they extend arms called dendrites in between the epithelial cells and into the mucus. These dendrites have sensors on their surface that fit one specific odorant, like a lock fits a key. Three percent of the entire human genome is dedicated to making different receptors so that we can recognize a wide variety of smells. 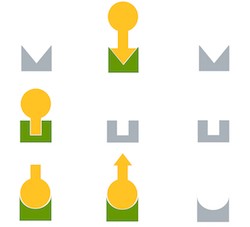 An odorant enters your nose. How does your nose know what it is? The dendrites have lots of different olfactory receptors that are kind of like locks. They need a specific key to activate. Each odorant has different a different chemical makeup and shape that makes it fit into some olfactory receptors, but not others. After a neuron detects an odorant, it sends a signal to a part of the brain called the olfactory bulb. Since each neuron has only one kind of receptor on it and is specific for one odorant, each neuron sends a signal to a different spot in the olfactory bulb. The brain will interpret a smell based on which combination of spots in the olfactory bulb is stimulated.

How many smells do you think you can tell apart? Even though humans do not have a sense of smell as good as other animals, like dogs, scientists think humans can tell apart over 1 trillion different smells! Many of these smells may be linked to memories in your mind.

Read more about: How Do We Sense Smell? 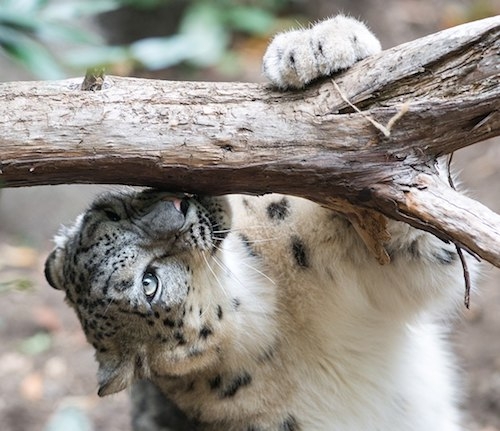 When a scent has been left behind on an object, how does an animal like this snow leopard process it to know what it is smelling?

How Do We Sense Smell?