Some proteins are used all the time within a cell. That means that the respective genes are constantly transcribed and translated into proteins. However, some other proteins are only needed under specific circumstances. They remain inactive the rest of the time because their presence could harm the cell. Which proteins are needed is not only determined by the cell type but also by other factors like the environment. For example, when you eat candy, your body's job is to digest the sugar. For this task, the cells of your digestive system need a protein called insulin. So when those cells notice the presence of sugar, they start producing insulin that enables the cells to absorb the sugar. 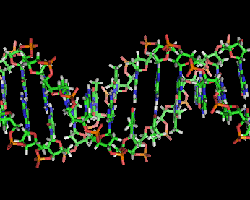 If the structure of DNA is changed where it codes for a specific protein, it can "silence" that part of the code, so the protein is not produced. Image by Richard Wheeler, modified by 84user.

How does the cell switch off genes? The production of proteins includes the two steps of transcription and translation. To silence a gene, either one of those steps can be interrupted. By changing the structure of the DNA at the location of a specific gene, the code cannot be transcribed into a messengerRNA and therefore won't be transported to the ribosome. To inhibit translation the cell inactivates the messengerRNA after the DNA was transcribed, so that it cannot be translated into a protein. They do this by making use of other RNA molecules, so called regulatory RNAs.

Regulatory RNAs have regulatory functions, such as switching off messengerRNAs. One type of regulatory RNA is called microRNA. MicroRNAs are very tiny RNA molecules that are able to bind to specific messengerRNAs of target genes. After binding, the microRNA either destroys the messengerRNA or blocks it, so that the ribosome cannot access the genetic code. This is an example of a smart mechanism of the cell that ensures that only necessary proteins are produced.

This animation by Katharina Petsche visualizes the process of gene silencing through microRNAs. Click here for more of her animations. Used with permission. 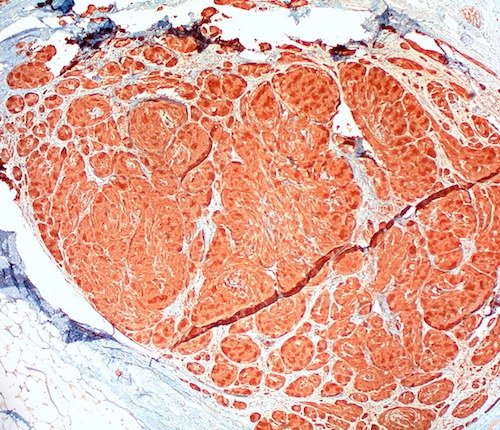 Gene silencing is an important way for your physiology to be regulated by the environment. But it can also be a bad thing, as gene silencing has been linked to different diseases, including cancer.