Bacteria in the Belly of the Bee

Colony Collapse Disorder: a mysterious phenomenon in which almost all of the bees in a hive suddenly leave, leaving behind the queen and the brood.

Gut microbiome: the community of bacteria that live in an organism's gut....more

Tetracycline: a common antibiotic; beekeepers use tetracycline to protect their bees against a bacteria called American Foulbrood. 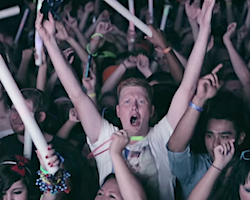 A huge party is going on in the digestive system of most animals. But instead of people, the microbiome party is attended by millions of bacteria. Image by Abffw.

All day and all night, a massive party is going on in our bodies. The party goers are the billions of bacteria that live inside each of us. Every single one is eating and multiplying as much as they can. It is important we keep hosting this party, because in return, the bacteria give us essential vitamins, help us digest food, and even fight off invaders. It turns out a similar party is happening in the bodies of most animals, including honeybees.

In the PLOS Biology article, “Antibiotic Exposure Perturbs the Gut Microbiota and Elevates Mortality in Honeybees,” scientists show us just how much honeybees need their bacterial party. They found that medicine commonly given to bees changes their bacterial community, which increases the risk of honeybee death. 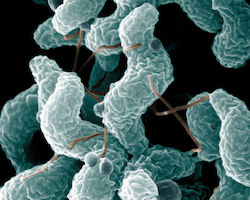 When we use antibiotics to treat bad bacteria, like this Campylobacter bacteria, we also kill off good bacteria that may be important to our health.

One useful animal to look into is the honeybee. Beekeepers have been treating honeybees with antibiotics almost as long as we have been treating ourselves with antibiotics. Honey bees also have another thing in common with humans: Unlike other insects, honeybees acquire their gut microbiomes from the other bees in their colony. In the same way, we humans get some of our bacteria from the other people we interact with. 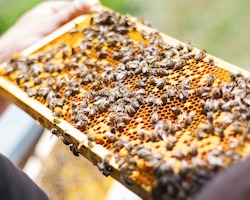 Every honeybee has a community of bacteria living in its gut, which it obtains by interacting with its hive mates.

To understand how an antibiotic affects the gut microbiome, scientists first collected two groups of honeybees. They fed these groups sugar water, but one of the groups’ water was laced with antibiotic called tetracycline. After five days, the scientists collected bees from each group to find out what happened to their gut bacteria. To do this, they dissected or cut out the bee gut and mixed it in a liquid that extracts the DNA (including the bacteria’s DNA). Then, they ran something called a polymerase chain reaction (PCR) on the mixture.

PCR is used to make lots of copies of DNA. Once the DNA copies were made, the scientists ran them through a machine that figures out what DNA code is present, and how much DNA is there. By matching the DNA code to the bacteria it is from, the scientists can figure out which bacteria the bees had. By figuring out how much DNA is there, they can calculate how much of each bacteria was there. The scientists found that the antibiotic caused the bees to have less gut bacteria, and some bacteria were more affected than others.

What else happens to honeybees when they are exposed to an antibiotic? The scientists put some bees from each group into a beehive. Three days later, the scientists went back to see if they could find them. They could not find as many bees who had fed on the antibiotic as they could find bees who fed on sugar water only. This suggests that the antibiotic contributed to an early death in the bees given antibiotics compared to the bees that only had sugar water. 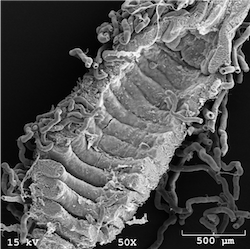 The inside of a honeybee gut. Click for more detail.

What Does the Antibiotic Do to Good Bacteria?

So now that we know what happens to the honeybees, let’s think smaller. What happened to the gut microbiomes of the bees who fed on the antibiotic? Well, the scientists found that these honeybees had a gut microbiome that was always changing. The bees only fed sugar water had a stable (or unchanging) microbiome. 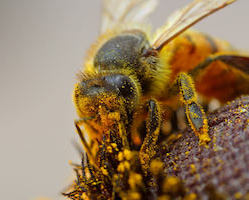 To protect these important pollinators, beekeepers may need to stop treating their bees with antibiotics. Image by Jon Sullivan at PD-PDPHOTO.ORG.

Tyler Quigley. (2018, June 20). Bacteria in the Belly of the Bee. ASU - Ask A Biologist. Retrieved July 1, 2022 from https://askabiologist.asu.edu/plosable/bee-microbiome

Tyler Quigley. "Bacteria in the Belly of the Bee". ASU - Ask A Biologist. 20 June, 2018. https://askabiologist.asu.edu/plosable/bee-microbiome 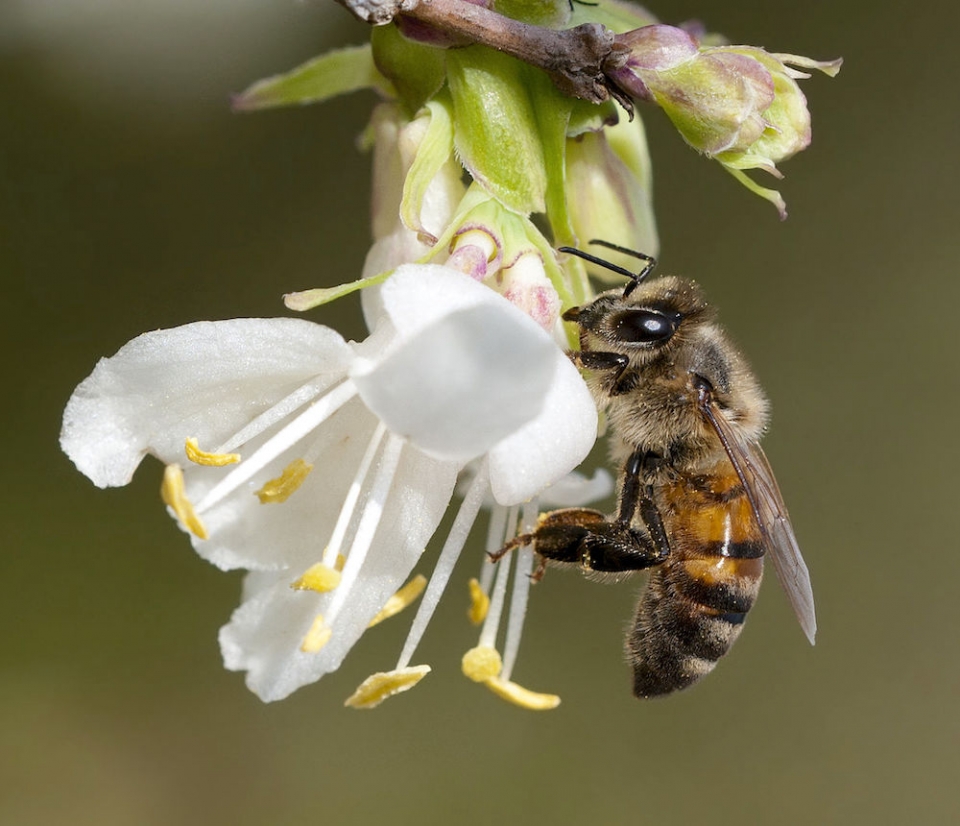 Could the antibiotics beekeepers use to protect honeybees also be hurting them?

Learn more about the lives of honeybees in our story Bee Bonanza.