Birds of a Feather Change Together

Nestbox: a wooden box, similar to a birdhouse, in which birds might build a nest.

Nestling: a young bird that still lives in the nest.

Phenotypic plasticity: the ability of one set of genes to produce more than one set of appearances... more

Plasticity: the ability to change in response to changes in the environment. 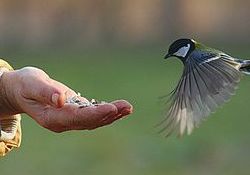 Great tits are small birds. Their white cheeks and yellow under bellies make them easy to identify. Image by Paweł Kuźniar.

You step outside on a scorching summer day only to be hit with a wall of heat. The heat seems heavy and overpowering and you feel like you could melt. While you might crank up your air conditioning and jump in a pool to deal with the heat, what can other animals do? Animals don’t have air-conditioned houses or warm coats to deal with changes in the weather, but they do have other ways to keep cool or stay warm.

Scientists think that the weather is going to change quite a bit in some places over the next few decades. This shift, called climate change, might permanently affect the weather. Althoughanimals can make some changes to help them survive this weather shift, the weather might be changing too much over a short period of time. Because of this, animals might not be able to adapt quickly enough with the weather to survive.

If certain animals can’t change with the weather, they might be at risk of going extinct. In the PLOS Biology article, “Quantitative Assessment of the Importance of Phenotypic Plasticity in Adaptation to Climate Change in Wild Bird Populations,” scientists explored how birds deal with shifts in the weather due to climate change. 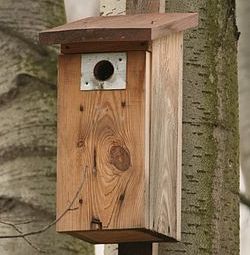 Scientists built nestboxes for great tits so that they had a home where they could lay their eggs. Image by Artur Mikołajewski.

Climate is the average weather in a place over a long period of time. Our climate is changing, and scientists think that this change is partially caused by humans. Although the TVs we watch and the cars we use to travel make our lives more enjoyable, all of these things require energy.

Recently, humans have been using a lot more energy than ever before, and scientists think that this is causing the climate to change all over the world. Because of these changes, some places will get warmer and others will get colder. Others might get drier or have a lot more storms.

Changes in climate may cause problems for many animals. For example, it may be more difficult for them to find food. Imagine if you were a small bird that ate seeds on the forest floor. If the weather became much colder, the plants that grow these seeds could die. This would greatly affect your ability to find food because these seeds would no longer be there.

Changing with the Change

In response to different climate, many birds will have to adjust in order to survive. If a bird is able to survive in a particular environment, scientists say that the bird is well adapted to the environment. Adaptations can come in different forms and some even allow an animal to respond better to a changing environment. They can enable physical changes, like the growth of new, brightly colored feathers during the breeding season, or they can cause changes in an animal's behavior, like the timing of mating.

How much a bird can respond to changes in their normal environment depends on something called phenotypic plasticity. If you went outside in the cold a lot and your arm and leg hair began to grow much thicker, you would have a lot of phenotypic plasticity. This is because certain features of your appearance would be changing in response to changes in the environment. These responses work best when they are short-term. More long-term changes might require adaptations, which would be changes between different generations of birds. 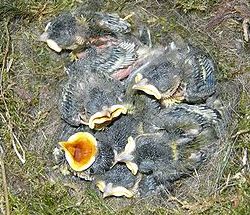 A nest holding a number of great tit nestlings. Image by Arnstein Rønning.

To learn how birds responded to changes in climate, scientists studied a population of birds called great tits. Great tits are small birds that can fit in your hand. Scientists needed to be able to watch the birds closely during the egg laying and egg hatching season, so they built nestboxes for the birds. These boxes look like normal birdhouses you might see in your neighbor's backyard.

Every April, some great tits would lay their eggs in these nestboxes. The eggs would eventually hatch and the bird babies, called nestlings, would live in the nestbox until they were ready to leave.

Why do these birds lay eggs in April? So that their young will hatch at just the right time. This is when there are a lot of caterpillars available for the young birds to eat. If great tits lay their eggs too early, their babies will hatch before there is enough food and they will starve. If the birds lay their eggs too late, many of the caterpillars will be eaten before their babies hatch.

How did the scientists figure out when the birds laid their eggs? From 1960 to 2010, scientists watched the nestboxes from April to June. They counted how many birds laid eggs in the nestboxes and wrote down the day each year when the birds laid their eggs. They also recorded the temperature each year during this time of the season. This ended up being very important to understanding the food that was available to the young hatchling birds. 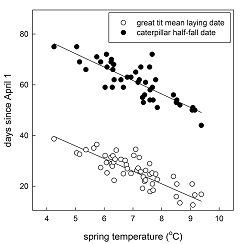 Scientists found that when the average temperature in the spring increased, caterpillars started emerging earlier and the birds also laid their eggs earlier. Click for more detail.

The time in spring when caterpillars are easily found depends on the temperature outside. With the climate changing (and specifically, warming in some areas), scientists noticed that caterpillars were emerging earlier and earlier each spring.

The scientists found that the birds had high phenotypic plasticity. When the temperature increased by 1°C, the caterpillars began emerging earlier. In response, the birds laid their eggs earlier, by 5 days. This meant that their babies continued to hatch when the most caterpillars were available. The birds were changing their behavior as the climate changed so that their babies would have enough food to eat.

Changing for the Better

Because of these changes in behavior, scientists concluded that the birds were adapting to climate change. They believed that the high phenotypic plasticity of the birds is what allowed them to change their behavior in order to survive.

This is great news for these birds. Their ability to change with the changing climate means they have a chance to survive even as the climate changes. But other animals might not be able to make these kinds of changes. If scientists study these other animals more closely, hopefully they can figure out ways to improve the chance of survival for animals that might be affected by climate change. 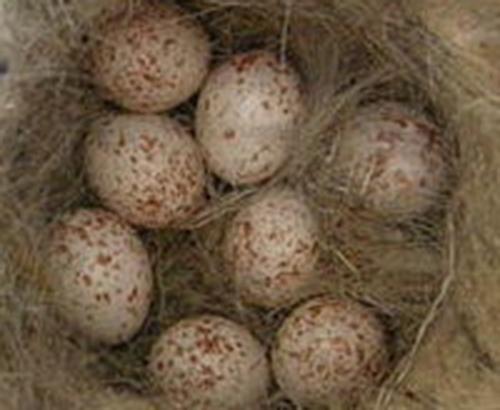 Scientists believe that as the temperature rises, the great tit will lay its eggs earlier each spring.