When the Flu Gets Cold

Absolute humidity: the amount of water vapor that is present in a particular volume of air.

Influenza: an infection that affects the nose, lungs, and throat. It causes symptoms like runny nose, chills, fever, and headache. It is more commonly known as the flu.

Morbidity: the rate that a disease or illness affects a group of people. 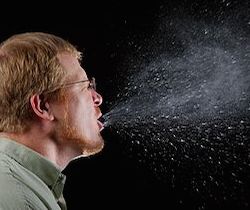 If you have the flu and sneeze, it's possible to spread the virus by releasing particles into the air. Covering your nose when you sneeze can help prevent the spread of the flu. Image by the Center for Disease Control.

It’s a chilly fall day in late November. You’re racing toward the front door to meet with friends, and you hear your mom yelling from the other room. She tells you to bundle up before going outside into the cold. You grumble to yourself as you put on another layer of clothing before you finally leave the house.

As it turns out, moms do know best. Have you ever noticed that more people are prone to getting the flu during the wintertime than during the summertime? Why might that be? Perhaps it is due to how hectic the winter holidays can be. We might be busy traveling to see family or going outside more often to enjoy the snow with friends. Or, perhaps it actually is the cold weather that increases our chances of getting the flu.

In the PLOS Biology article, “Absolute Humidity and the Seasonal Onset of Influenza in the Continental United States,” scientists studied the relationship between the spread of influenza, commonly known as the flu, and how humid it is outside. Changes in temperature can directly affect the amount of humidity in the air. Scientists believed that humidity might affect how well the flu is able to survive and spread.

What is the Flu? 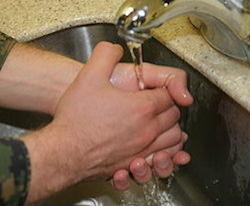 Washing our hands when we cough or sneeze can help to minimize the spread of the flu virus. Image by Slick-o-bot. Click to learn how to wash your hands properly.

Before we begin, let’s talk a little bit about the flu. We know that it makes people sick, but what exactly is it? The flu is a contagious illness that is caused by the flu virus. Viruses can be spread many different ways. Coughing, sneezing, or just touching something that has the flu virus on it can cause the virus to spread.

There are three types of flu viruses: A, B, and C.  Only types A and B are common in humans. Generally, the flu is not very serious, and most people recover pretty quickly. However, some people can develop other illnesses from the flu that can be very serious.

It is possible for many things to play a part in determining how many people get the flu and how severe the symptoms can be. These can include the person’s age and whether they are already sick with another illness. It also depends on which flu virus is spreading, where it spreads, and when it spreads.

Brr, it’s Cold in Here! Maybe It's Too Dry in the Atmosphere! 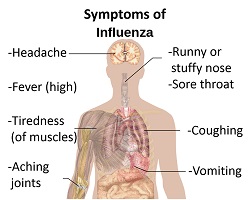 The flu can cause fever, aches, headache, and coughing. Symptoms can appear quickly after exposure to the flu virus. Image modified from the Center for Disease Control.

Think about when you take a hot shower with the bathroom door closed. When you step out of the shower, the air feels wet and heavy. This is what humidity feels like. Humidity is the amount of water vapor that is present in the air.

Who Has the Flu? 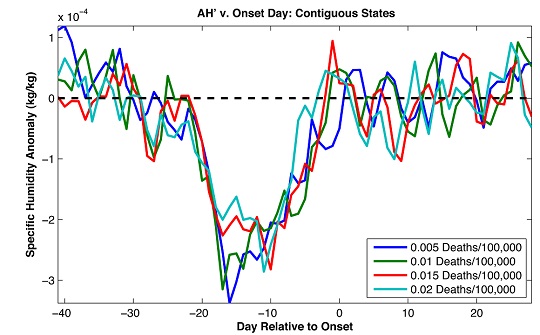 The decrease in absolute humidity can be seen about 17 days prior to the onset of the flu. This data shows that humidity appears to be responsible for the higher number of people becoming sick with the flu. Click for more detail.

Which State is Cooler?

There seemed to be a connection between low humidity and the spread of flu. However, scientists were unsure if humidity was definitely what was helping the flu to spread. What they needed was a way to test whether it was the low absolute humidity causing the flu to spread more readily or if it was due to something else. Scientists would need to try to model both the weather and the spread of the flu, but how is this possible? This would be very difficult to do in real life, and so scientists went virtual. 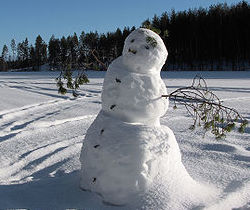 The flu is more common in the wintertime, when the air is colder and drier. Image by Petritrap.

Scientists used a computer model to simulate the spread of the flu. The virtual simulation also gave them the ability to see how climate type affects spread. Scientists chose five states, including Arizona, Florida, Illinois, New York, and Washington. Each of these states have very different climates and humidity levels.

Florida was the most humid of the five states that the scientists studied. They found that Florida also had the lowest levels of flu survival and spread. This finding supported the hypothesis that low levels of humidity were responsible for the spread of the flu. Importantly, the results also showed that the flu spread more during winter months in all five states.

This study showed that when there is less absolute humidity in the air, it is easier for the flu virus to survive and spread. This means that it's more likely that you can catch the flu virus and get sick when it’s cold outside. With this in mind, it's extra important to wash your hands after you cough or sneeze around this time of year to avoid spreading the flu. Lastly, remember to bundle up the next time you're going out to play on a cold day and you'll be more likely to avoid catching the flu.

Chanapa Tantibanchachai. (2014, June 21). When the Flu Gets Cold. ASU - Ask A Biologist. Retrieved February 2, 2023 from https://askabiologist.asu.edu/plosable/does-flu-virus-prefer-cold-weather

Chanapa Tantibanchachai. "When the Flu Gets Cold". ASU - Ask A Biologist. 21 June, 2014. https://askabiologist.asu.edu/plosable/does-flu-virus-prefer-cold-weather 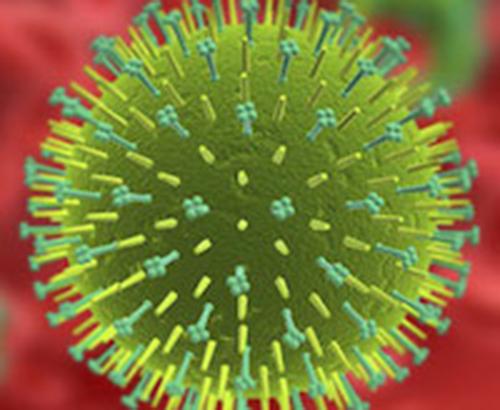 A 3-D model of the influenza virus.
Absolute Humidity and the Seasonal Onset of Influenza in the Continental United States.
Learn how to read a scientific article