Facial Recognition: the ability to see differences between individual faces.

Territory: an area defended and owned by an individual. 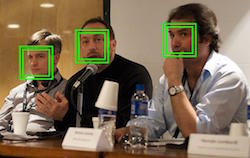 Humans are very good at face detection and recognition. This feature has also been found in other organisms. Image by Beatrice Murch.

Recognizing individual faces has many advantages. Trying to find your mom or dad in a large crowd at the mall would be much more difficult if you had to ask strangers if they are your parent. Instead, most people can identify a person they are looking for from across a room. Recognizing faces can also be good in other ways. Recognizing your classmates at school could help you avoid the class bully. It could also help you find your friends when you’re out in the schoolyard or even a teacher if you need help staying out of trouble.

Scientists believe that most mammals, birds, and even some insects can tell each other apart. But most studies don’t look at how animals are able to do this. In the PLOS ONE article, “Facial Recognition in a Group-Living Cichlid Fish,” scientists investigated whether fish could use facial differences to tell strangers from neighbors. 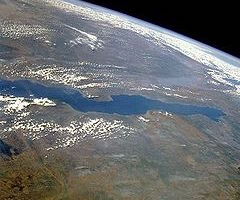 Lake Tanganyika, shown here from a satellite photo, is the largest in east Africa. It is home to a species of cichlid fish. Image by Torstein.

Lake Tanganyika cichlid fish are small and colorful. While each fish looks similar, the color patterns on their faces are unique. In this way, every fish looks a little bit different. The differences may seem small to us, but they could make a big difference to other fish.

Cichlid fish need to recognize one another for many reasons. Though these fish live in large groups, they are territorial and must protect their specific part of the lake. Because of this, it is important to recognize the fish that live in the territories nearby. This way fish can quickly identify a stranger who may be entering their territory or trying to steal it.

There is also a social hierarchy among cichlid fish. This means that some fish are dominant over others. The dominant fish have first choice of food or shelter, and other fish won’t challenge them. You might yell at your little sister for stealing your toys, but you would never yell at your parents for the same thing because they are in charge. You can make these decisions in part because you can recognize one person from another.

Won't You Still Be My Neighbor?

To see if cichlid fish could tell each other apart, scientists put males alone in tanks placed next to another tank with a male. They left the tanks next to each other for 10 days and recorded fish behavior. This included how much time the fish spent observing each other, avoiding each other, and trying to attack each other.

Over those 10 days, the aggressive behavior was less frequent. At the end of the 10 days, scientists switched tanks so each fish had a new neighbor and again recorded behavior. They found that fish tried to attack the new, strange fish more than their familiar neighbor.

These results suggested that the fish were able to recognize the fish placed next to them, even in separate tanks. But scientists still weren’t sure how the fish were telling each other apart. Many studies have shown that different animal species can tell individuals apart using features like body type or odor.

By placing males in different tanks, scientists could tell right away that the fish weren’t using odor. Odor wouldn’t travel between the tanks. But what about body type? Maybe the fish were noticing features like the size of the other fish or the way it moved its body when it swam.

Scientists knew that each fish had a unique color pattern on its face. Because of this, they wondered whether cichlid fish may use these facial characteristics to tell one another apart, much like humans do. We call this facial recognition.

Scientist took photos of eight cichlid fish faces. These photos were used to test whether the cichlid fish could recognize them.

To study facial recognition, scientists photographed the faces of eight fish.  Four of the fish were familiar to the test fish and four were strangers that the fish had never seen before. They used these pictures to create a model fish. 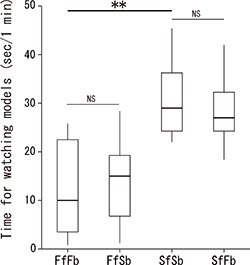 Overall, cichlid fish spent less time looking at familiar fish. Scientists believed that this is because they recognized their faces. Click for more detail.

Overall, the results showed that the main fish being tested spent more time watching fish with an unfamiliar face than a familiar face. But they did not pay attention to body type. This indicated to the scientists that the cichlid fish were using the face rather than the body to tell one another apart.

They also found that fish responded aggressively to the strange fish almost immediately. This meant that fish were able to recognize faces quickly. So just like you can tell a friend from a bully right away to avoid trouble, fish can recognize a stranger versus a familiar fish with similar speed.

Before this study, only primates were thought to have the ability to recognize different individuals so quickly. But this study provides evidence that fish can quickly identify each other and that they use facial differences to do so.

If fish can do it, it’s possible that many other species are capable of intelligence originally thought to belong just to humans and monkeys. This opens the door to many other studies on animal intelligence. 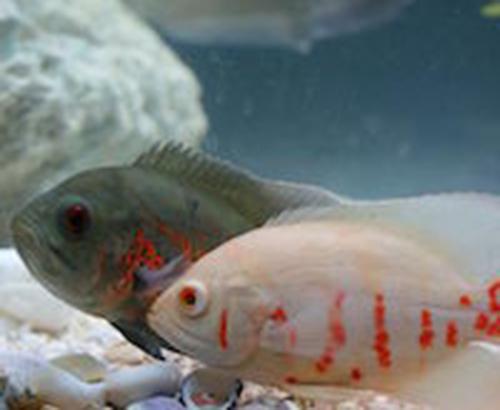 Cichlid fish are small fish that are found mainly in freshwater habitats. Many cichlids have unique coloring on their bodies and faces.
Facial Recognition in a Group-Living Cichlid Fish
Learn how to read a scientific article