Prospective: when someone looks towards the future.

Retrospective: when someone looks back on things that have happened in the past.

Does time fly when you are gaming?

Time Flies When You’re Having Fun

Chances are you or a friend owns a gaming system like an Xbox, Wii, or Playstation, and you’ve probably noticed that when you play, time seems to fly by. Does this happen because you underestimate the amount of time spent playing video games, or because you lose track of time when playing? Researchers designed experiments to answer these very questions and to see just how teens could spend countless hours getting lost in a video game.

Three researchers set out to test how gamers perceive time when they play video games. They gathered 116 video game players together in a gaming center, kind of like a giant arcade, and asked them to do one of their favorite things. You guessed it, play video games.

Here is a table showing the games that were used in the experiments. The "n" stands for the number of people who played that game.

The gamers played many different games, from "Call of Duty" to "World of Warcraft," and everything in between. Take a look at the table to see if they played any of your favorite games. As the gamers were playing, researchers stopped them at certain intervals of time (at 12, 35, and 58 minutes) and asked the gamers to estimate how long they had been playing. Researchers thought that gamers would be likely to lose track of time and underestimate how long they had been playing. Sounds like your “five more minutes” dilemma.

To make it more interesting, the researchers divided the gamers into two groups. The first group of gamers knew ahead of time that researchers would ask them to guess how long they had been playing (called a prospective estimate). The second group of gamers had no idea they would be asked to guess how long (a retrospective estimate). Researchers used this info to come to some conclusions about how time flies when you’re playing video games.

After the 12 minute break, researchers saw something interesting. Gamers who knew they would be making a guess actually overestimated how long they had played video games. They thought they had been playing for longer than 12 minutes. Those gamers who were unaware they would be asked to guess thought that they played for a shorter amount of time compared to the first group. So you actually can lose track of time when you play video games, but maybe not the way you first thought!

Researchers don’t yet know why gamers overestimated how long they had played. This finding was the opposite of what they expected. Twelve minutes is pretty short though, and researchers report that the longer you play video games, the more likely you are to underestimate how much time has passed. So your “five more minutes” isn’t the same as your parents’ “five more minutes.” In the future, take their word for it!

Additional images from Wikimedia and the Neverball website (http://neverball.org) 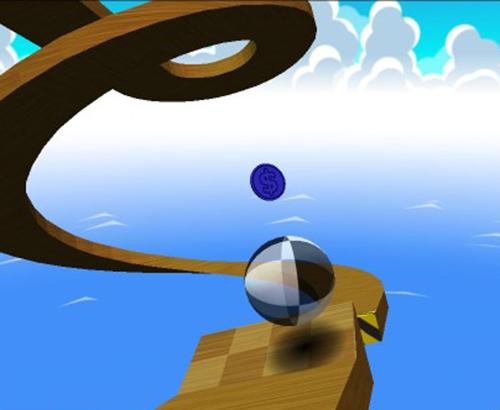 Lost time with a game like "Neverball"? Maybe there is a game time-warp.
An Ecological Approach to Prospective and Retrospective Timing of Long Durations: A Study Involving Gamers
Learn how to read a scientific article