Concurrent: happening at the same time.

Inducer: a trigger that causes an experience or change.

Synesthesia: an experience that some people have where senses like taste and sound can occur together. For example, someone with synesthesia might see the word “Wednesday” in the color purple or might taste waffles when they hear the word “basketball.”

Someone says the year “1990” aloud and a map appears in your mind. 1990 seems closer to you than 1980, but farther away than 2000. Or perhaps, whenever you see the letter K, it looks purple to you. What would you think if some of the words in Shakespeare’s plays tasted like chocolate? If this has happened to you, you might have synesthesia. 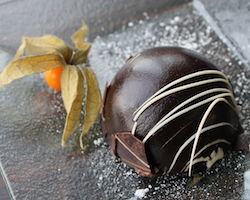 What if hearing some of Shakespeare's words made you taste chocolate? Image by Bin im Garten.

Synesthesia is a condition in which people’s senses are connected, so more senses are affected by an experience than normal. They might experience colors or tastes when they see certain letters or hear certain sounds.

Could you imagine a scenario in which synesthesia would be helpful? Imagine taking a math test and remembering colors along with equations, or taking a spelling test and remembering how certain words tasted. Would these experiences help you on memory tests? In the PLOS ONE article “New insights into mechanisms of enhanced synaesthetic memory: Benefits are synesthesia-type-specific,” scientists tested if people with synesthesia had better memories.

The brain is kind of like a map of regions. We have brain areas for seeing colors, reading, tasting, and more. Normally, these sections only send signals to each other for certain body functions. For example, the brain cells that allow us to see can “talk” to the brain cells that control our leg muscles. This connection lets us know where to walk to. But what if areas of the brain that affect our senses were more connected than usual? What if they sent signals to each other even when they weren’t supposed to? We might taste bananas when we hear drums, or we might always see the letter “A” as red. A joining of brain signals like this that causes unusual combinations of senses is called synesthesia.

Different regions of the brain are responsible for different senses and functions. In people with synesthesia, some of these regions are more connected than they need to be for normal body functioning.

As we develop, the brain and the rest of the nervous system goes through a process called “pruning,” where some connections between cells are removed. Normally, this occurs because we do not use those connections, but in synesthesia, this pruning does not happen. This lack of pruning means sections of brain that deal with words, colors, music, and more, remain more connected than usual. That is why people with synesthesia might see colors or experience tastes with words or music.

Does Synesthesia Help with Your Memory?

Previous research shows that people with synesthesia have a better memory than people without it. But, does this better memory depend on the type of synesthesia someone has? For example, would people who see letters with colors do better on vocabulary tests? Well, in certain situations, we already know this is true. Other studies have shown that seeing numbers or words in color both help with memory, but being able to taste words does not. However, the types of synesthesia tested has been limited.

Some synaesthetics see certain letters or numbers in a specific color.

How Do You Test if K Looks Red?

All of the participants were given the same stimuli of vocab words, music, and colors. Keeping the stimuli the same was a way to control certain variables in the experiment. That way, if one group had a better memory, it was likely due to their brain processes, rather than differences in the stimuli.

The participants were first given a list of words and a chart of 13 colors. After choosing a color to go with each word, they listened to 10-second clips of rare music from a variety of music types. They rated how much they liked each of the music clips. They were then shown images with specific color patterns that they also rated.

After they were shown all of these materials, participants were asked to wait for 60 minutes. During this time, they took a vocabulary test to rate their verbal knowledge. After the 60 minutes was up, they entered the memory testing part of the study.

In the memory testing, new words, music, and color patterns were mixed in with the old materials. For each section, participants were asked to try to remember what words, music, or colors they had already seen in the initial part of the study. 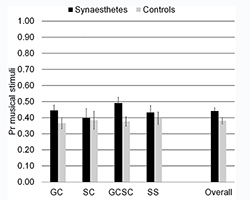 A graph showing that people with synesthesia have a small memory boost compared to people without synesthesia. Click for more detail.

People with synesthesia were found to have a general memory boost across music, word, and color stimuli (Figure 1). The researchers found that people had better memories when it related to their type of synesthesia. For example, on the vocab tests, the people who could see letters as certain colors had a better memory. On the music memory tests, people who see certain colors with sounds did better.

Sensing the World in a More Colorful Way 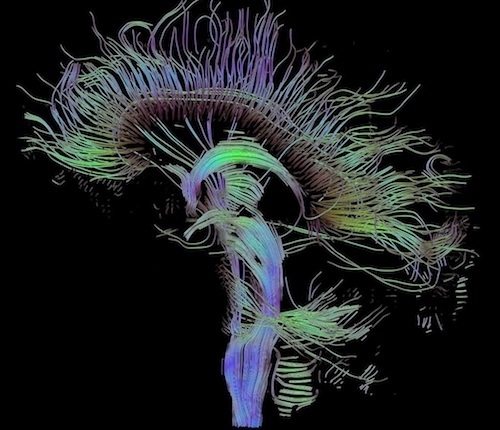 What if your brain had more connections than normal? It might connect senses like taste and hearing, so that your experience of tastes or sounds are intertwined.

New Insights into Mechanisms of Enhanced Synaesthetic Memory: Benefits are Synesthesia-Type-Specific
Learn how to read a scientific article