If you start listing different kinds of jobs, you might include those done by people all over the world, like policemen, nurses, or teachers. Policemen and nurses are common because they are important for helping to keep people safe and healthy, but there are many other jobs that also help our communities. 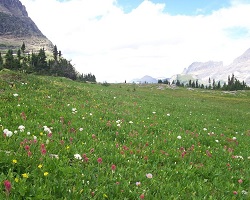 Some species support functions in an ecosystem that are important for the ecosystem to survive. Click to enlarge.

Jobs that are not likely on your list are the important jobs done by plants and animals. One such job that is done all over the world by animals is pollination. Some birds, bats, and insects are pollinators. They are needed because they help spread pollen from one flower to another. This helps plants to reproduce. While pollination is important, there are many other jobs done by specialized plants and animals that we don’t hear as much about.

Scientists used to think that if a species was rare, then their job was not as important compared to the jobs of the more common animals. In the PLOS Biology article, “Rare Species Support Vulnerable Functions in High-Diversity Ecosystems,” scientists studied how the jobs of rare species help to support the ecosystem.

Why Are Rare Species Important? 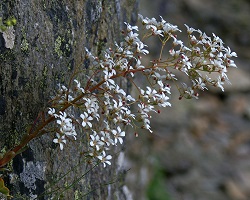 This low-growing plant has long flowering stems, making it an important resource for pollinators in the alpine meadows. Click to enlarge.

Every soccer team also has a goalie. The goalie is very important because she is the only person who can use her hands to stop goals. If your team didn’t have a goalie, the defensive players could try to do the goalie’s job, but it would still be a lot easier for the other team to win. This is just like the ecosystem. Even if only a small number of plants or animals do one job, this job can still be very important to the whole ecosystem.

Scientists call a species “rare” if it only lives in a small area and only a few of those small areas exist in a larger region. Some of these rare species are in danger because humans are changing habitats by cutting down forests or creating pollution. Because of this, some rare species are already disappearing. Scientists began to wonder about what happens when a rare species disappears. Do rare plants and animals do the same jobs as more common species? Or do they do special jobs that other species can’t do? 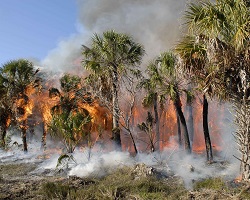 Drought and fire can occur frequently in tropical forests. It is important for the trees and plants to adapt to these conditions to help this ecosystem survive. Click to enlarge.

Scientists decided if species were rare based on how difficult they were to find in each area. For example, they examined a certain species of plant that grows on cliffs. This plant provides an important food source for pollinators like bees. Another species of tree that grows in the tropical forests in South America, called Pouteria maxima, has very sturdy leaves and tough bark. Forest fires occur frequently in these areas, and the tough bark helps to protect these plants from fire.

Within each ecosystem, scientists looked at the traits of each species and only used the ones that had very unique traits compared to other species. This was important because it meant that this species was the only one to do a certain job in its ecosystem. 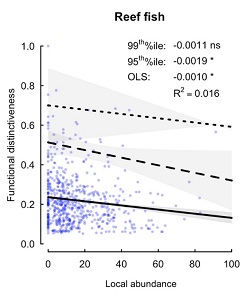 Scientists found that in each ecosystem they studied, rare species had special jobs that more common species could not do. Click for more detail.

Overall, the scientists discovered that rare species often do special jobs that more common species can’t do. More importantly, they found that the special jobs of the rare species were much more important for keeping the ecosystem healthy. This was true for the 3 different ecosystems they looked at in their experiment.

These discoveries show the importance of rare species. If certain rare species go extinct, other plants and animals that depend on them might go extinct, too. This could lead to certain ecosystems becoming less healthy, or even being destroyed.

How Can You Help? 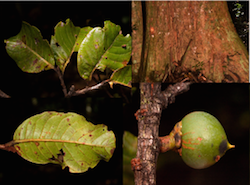 This rain forest tree has thick, strong leaves and thick bark to help protect it and its ecosystem from the impacts of droughts or fires. Click to enlarge. 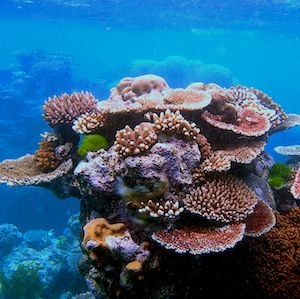 This large coral reef is one example of an ecosystem. It is home to many fish, plants, and other creatures that help it to survive.
Rare Species Support Vulnerable Functions in High-Diversity Ecosystems
Learn how to read a scientific article