Natural resources: all of the things found in the environment that humans use, like as water, air, plants, animals, and minerals. 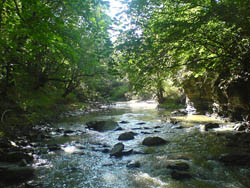 Compare this environment to the desert ecosystem below. Both have special species that live there and need to be in balance with their environment. Humans also live in these ecosystems and use natural resources.

Humans change the environment all the time to make their lives easier. Think about our houses, the cars that transport us places, or the planes we use to go on summer vacation. All of those changes have made our lives easier, but scientists think that human changes to the environment aren’t always a good thing. When humans change an environment it affects the number and variety of species that live in that ecosystem, called the biodiversity. In the PLOS Biology article, “Biodiversity Loss Threatens Human Well-being,” scientists examined how losing biodiversity harms all of us. 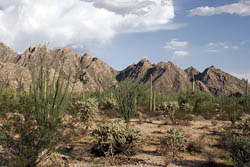 The ecosystem and animals that live here are different, but the problem of biodiversity loss is the same around the world.

Think of how tightrope walkers try to maintain balance. One step too far to the left or right and they fall down. That’s just like the environment. All the organisms in an environment (plants, animals, insects, and even bacteria) have to live together in balance. Biodiversity is the ring leader in the environmental circus. It helps the environment keep its balance. Any change in the number, type, or variety of organisms can result in changes to the natural resources humans use around the world. 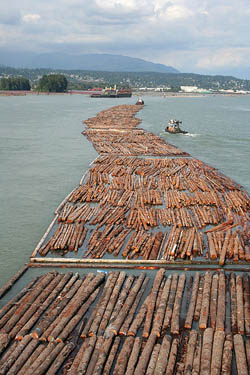 Cutting down trees is one way that humans use natural resources, but it can also hurt the ecosystem if it is not done in balance with the environment.

Some scientists think that the big losers are organisms that live longer, are bigger, don’t have many babies, and are specific to one environment. This kind of sounds like some of your favorite zoo animals, like polar bears, elephants, and gorillas, but this group also includes humans. The big winners are organisms that are smaller, have lots of babies, live shorter lives, and can live in lots of different environments. This kind of sounds like lots of different insects.

Humans may be the biggest losers of all because we are the ones responsible for environmental change, and the ones with the power to protect the environment. When humans change an environment by cutting down trees, letting livestock graze, or building structures, it affects the biodiversity. All the special plants, animals, and insects that live there decrease, which is bad for the environment.

It also means that the natural resources humans use are also at risk. This is troubling because humans rely heavily on natural resources created by the environment, like water, plant products, and many different minerals that come from the earth. It is in our best interest to preserve the biodiversity of an ecosystem so that all the organisms in an area aren’t harmed by human activities. If we destroy the environment, we could be left with less drinkable water, less available land, and fewer natural resources.

Biodiversity is important to the keeping the ecosystem healthy, and it is also very important to keeping us healthy too. Constant destruction of the environment threatens human life as we know it. Can you imagine a world with no food, poor air, or dirty water? Do you think human life would still exist without these things? 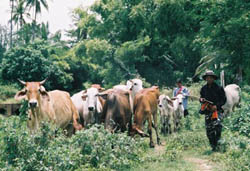 Farmers in Thailand rely on the environment in order to make a living.

So how can we slow or eventually stop the loss of biodiversity? People in the government are creating laws and regulations like the Wilderness Act. Acts like this protect the biodiversity in a specific ecosystem (like Yellowstone National Park) and also protect the natural resources people use in that environment. The best thing about government creating rules is that everyone in our country has to follow them. Another way to help stop the loss of plants, animals, and insects is for scientists to better understand how natural resources are affected by changes in biodiversity. Once we know how the environment reacts to different things people do, we can keep ecosystems better balanced, and continue to live successful lives with the help of nature. 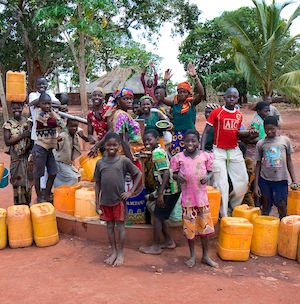 People in Nivale, Mozambique, gather around a community well. Water sources like this could be put at risk by biodiversity loss and damaged ecosystems.
Biodiversity Loss Threatens Human Well-Being
Learn how to read a scientific article