Ranked and Ready: The Most Important Diseases To Study

Domestic: something from a particular country.

H-index: an index that measures how often scientists cite or publish something.

What’s in the Story 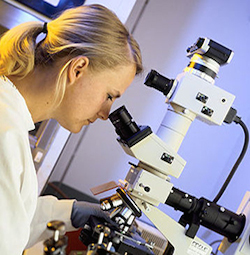 Scientists study a disease to understand what causes it and how it affects people and animals. Image by Mark Fergus.

It's no fun when you're sick in bed with the sniffles, but in most cases your doctor can tell you what you can do to get better. What about when we come across an illness we don’t understand or know much about? In that case, even doctors may not have the answers. It can be frustrating trying to find a medicine that can make you feel better.

We don’t know everything about every disease because there hasn’t been research done on all of them. When scientists study a disease, they try to figure out what causes the disease and how to best treat it. But they have to pick and choose which diseases to study. Usually, the diseases that can cause the most widespread harm and have the biggest impact are studied first.

Scientists want to better understand diseases more likely to make people or animals sick. But how do we identify them? In the PLOS ONE article, “A Quantitative Prioritisation of Human and Domestic Animal Pathogens in Europe,” scientists found a new way to determine which diseases carried the biggest risks.

Diseases from A to Z(oonotic)

Scientists wanted to create a list of diseases most likely to affect humans and animals. The first step in this process was to gather information on all known human and animal pathogens. A pathogen is something that causes disease. 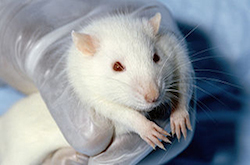 Scientists were interested in diseases that affected humans, animals, or both. Image by Janet Stephens.

To do this, scientists used something called the EID2 database. The EID2 might sound like a droid from Star Wars, but it's not. It is a database that pulls information from other databases about different pathogens. For example, it records where, when, and in which host (animal or human) there is evidence of a pathogen occurring. Here, it gave scientists information to sort the pathogens into different categories.

The second category described if pathogens were zoonotic or non-zoonotic. Diseases that can pass from animals to humans are called zoonotic diseases. "Zoo" is in the name because they involve animals. When an animal gets a zoonotic disease, they can pass it to humans in many different ways. 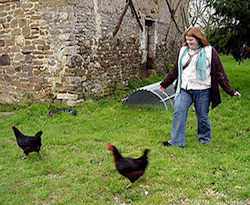 Zoonotic diseases are those that can be passed between animals and humans. Image by Fae.

For example, some diseases are given to humans when they eat an animal. Others are passed by being near an animal or animal products. For example, some chickens might carry salmonella, which can make humans ill.

The final category identified a pathogen as emerging or non-emerging. Emerging diseases are those that have appeared in a new place or in a host population for the first time. Non-emerging pathogens are those that continue to affect the same hosts in the same regions.

All of these categories are important for determining which diseases really were the worst of the worst.

All this information about different diseases could potentially be helpful, but scientists wanted it to be easy for other researchers to know which diseases they should study first if they wanted to help the largest amount of people. To do this, they needed to narrow down their list.

To see the impacts each pathogen had on its host population, they used something called the H-index. The H-index is used to keep track of how often something is studied or mentioned in publications or on-going research. If a particular topic, like a certain disease, is mentioned a lot, it will have a high H-index value.

In this case scientists used the H-index to see which diseases were studied most frequently in the science world. They hypothesized that if a disease was mentioned a lot, it meant it might affect more people.

Scientist used the H-index to look at diseases most often mentioned from 1900-2010. This way, the pathogen impacts they studied were up to date. The searches in the H-index database were done using specific search phrases. To cover all their bases, scientists included searches for the pathogen’s scientific name. But they also included other popular names and any alternative spellings that might be used.

After scientists completed their searches, the H-index value was then calculated for each disease. They believed that the pathogens with the highest H-indices would be most likely to affect a population. Therefore, they used these values to rank the diseases.

The Good, the Bad, and the Potentially Deadly

These results are important because they provide a new way to monitor diseases that could be the most dangerous for people and animals. Scientists may be able to use this information to discover early warnings of a disease outbreak, if one were to happen. This would help agencies and research organizations keep more people healthy.

Megan Berry. (2015, February 20). Ranked and Ready: The Most Important Diseases To Study . ASU - Ask A Biologist. Retrieved December 8, 2022 from https://askabiologist.asu.edu/plosable/most-important-diseases 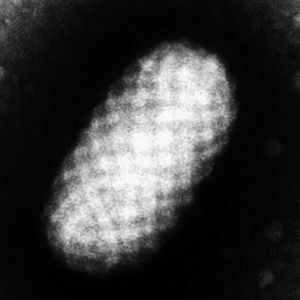 The Orf virus is a zoonotic pathogen. It is common to sheep and goats, but can also be transmitted to humans.
A Quantitative Prioritisation of Human and Domestic Animal Pathogens in Europe
Learn how to read a scientific article