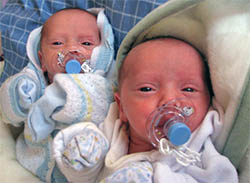 Identical twins often appear to be the same because they have identical DNA and this controls the appearance of the twins.

If you’ve ever met a pair of identical twins, you know how difficult it can be to tell them apart. Sure, after some time you may begin to notice subtle differences, which you can use to tell the twins apart. But, at times, it may still be hard to distinguish between the two.

Most likely you are relying on your eyes and/or ears to reveal slight differences in facial features or voice patterns. It is unlikely that you would choose to rely on differences in the twins’ scents. Doesn’t it seem odd to consider smelling two people in order to tell them apart? It might seem funny for people to do this, but dogs rely on their noses as their finest tool for identifying people.

In the PLOS ONE article, “Dogs Discriminate Identical Twins,” scientists performed experiments to determine whether or not identical genetics led to identical scents.  Could a dog’s nose reliably smell the difference between identical twins?

But, there really is more to it than just how these twins look….

Identical twins are special because they share the exact same DNA.  Imagine DNA as being a design for a car. Most of the cars you see have similar designs, but they are still unique or easy to tell apart from other cars on the road. Though, every once in a while you see two cars that seem to be exactly the same. These two cars must have had the same design, so they should be identical in every way, right? Not exactly… These two cars will have small differences as they are built and ultimately will have two separate drivers changing their fates. So, if we go back to identical human twins, how do we determine exactly what these differences may be?

These cars had the same design, but they still have some differences in their appearance. These differences have been caused by the environment. Can you spot some of the differences?

If a dog were well-trained in scent identification, would this dog be able to tell the difference between a pair of genetically identical twins? What do you think?

So, How Did They Figure It Out? 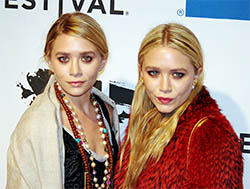 Mary Kate and Ashley Olsen are great examples of twins that look like monozygotic (identical) twins—BUT they are actually dizygotic (fraternal) twins! These two look similar, but they do not have the exact same DNA.

Scientists chose 10 well-trained police dogs and two sets of human monozygotic twins. It was important that the twins lived in the same environment and that they ate the same foods. This is because a person’s home environment and the foods that he or she eats can influence the scent of his or her body. Have you ever smelled someone after they have eaten a lot of stinky garlic?

Each twin wore a piece of cotton on their belly for 20 minutes in order to allow the cotton to fully absorb each twin’s personal scent. These pieces of cotton were then placed in sealed jars where they could later be identified by the dogs.

This is a drawing showing examples of how the scent identification line-ups were performed. Click to enlarge and read more about the experiment.

To test the dogs, scientists created an experiment involving a “scent identification line-up”. This set-up was used because the police dogs were familiar with this type of test. 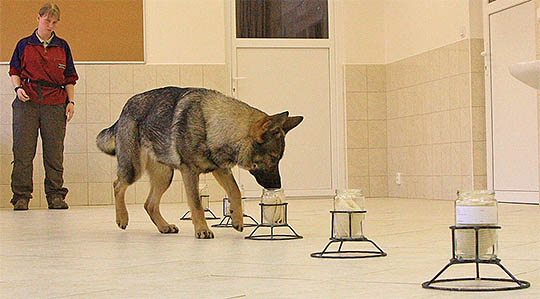 One of the dogs walking along the line-up and trying to choose the correct “matching” scent. From the PLOS article.

What Did The Scientists Find?

All 10 of the dogs were able to tell the difference between the scents of the monozygotic twins. Each dog had to perform 60 separate scent identification line-ups and each dog received a perfect score. Isn’t it exciting when you take a test and receive a perfect score? It is exciting for scientists too, because it means that the results were not just luck.

What Does This Mean? 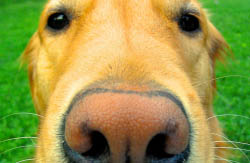 This study had two main questions:

The scientists designed this experiment with a few guiding ideas. These ideas were:

Scientists discovered that a well-trained dog’s nose can tell the difference between two identical twins. Identical twins do not have identical scents even if the twins live in identical environments and eat identical foods.

Where to learn more about this topic:

National Geographic - Twins. This article discusses what causes identical twins to be the same and what causes them to be different. 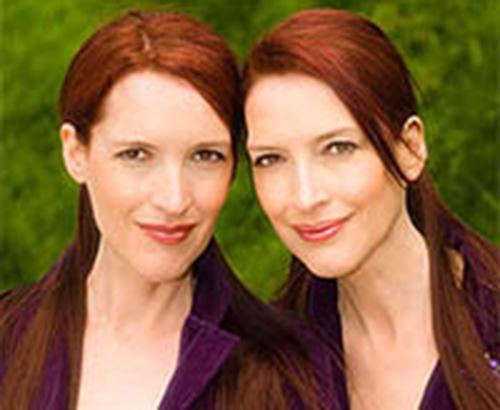 These sisters are identical twins. Can you tell them apart?