Exotic: from a distant place; used to describe organisms from other parts of the world, typically from other continents....more

Refuge: a place that provides shelter or protection....more

All around you, from your front lawn to the most remote parts of the globe, the soil is full of life that you cannot see without a closer look. It is crawling with worms, insects, and microbes. Microbes are tiny organisms like bacteria and fungi, and some are important for plants. 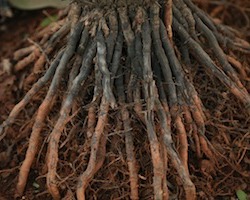 Plants depend on many types of microbes in the soil. These microbes sometimes regulate water and sugar availability across plants in an entire community. Image via Pixabay by pashminu.

Many plants rely on microbes to help them find water and nutrients. Some microbes even help to prevent plant diseases. In return for their hard work, the microbes receive food or refuge (or both) from the plants. These relationships are often very specific. A single plant may rely on hundreds to thousands of different types of microbes.

Invasive plants, or those new to a specific environment, can alter ecosystems. But their influence on soil microbes is not well known. Scientists are trying to understand as much as they can about invasive plants and how they interact with new ecosystems.

In the PLOS ONE article, “Plant Invasions Associated with Change in Root-Zone Microbial Community Structure and Diversity,” scientists looked at how three different invasive plants affect soil microbes. They also studied if the introduction of these plants has other influences on the ecosystem. 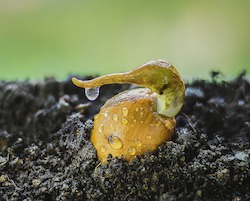 Most plants cannot move to find resources once they sprout. From the time a seed sprouts, it starts to depend on the microbes in its environment. Imave via Pixabay by truthseeker08.

Unlike animals, plants cannot move around to find food and water. A new seedling is stuck with the resources that exist where it sprouted. Still, it needs to get enough water, sunlight, and nutrients to survive. Luckily, it is not all alone in this struggle. All plants rely on microbes for survival in one way or another. The collection of microbes that live on or near a plant’s roots is commonly referred to as a plant’s “root microbiome”. This includes fungi that stretch far out into the soil in search of resources, and bacteria that release nutrients from dead leaves. Any changes in these alliances may cause large changes to an ecosystem.

Researchers studied a natural plant invasion to try to  answer two main questions: 1) Do different invasive plants have the same effects on soil microbes? and 2) Do soil nutrients change along with soil microbial communities?

Exotic Plants in the Appalachian Mountains

The researchers studied three different invasive plants found in Virginia: Japanese Stiltgrass, the shrub Dahurian Buckthorn, and the Tree of Heaven. To find out how these plants change the soil, they collected soil in invaded areas. They also collected soil in similar areas that were not invaded.

Photos of the three exotic species involved in this study: Japanese Stiltgrass, Dahurian Buckthorn, and the Tree of Heaven. Click for more detail.

Knowing that microbe diversity increases with invasions is important, but we aren’t sure yet what else it means. The specific roles that most microbes play in the soil are still unknown. Figuring out these roles will help us determine how soil microbes are affected by new plants. All three invasive plants caused a similar change in the soil microbes. This is interesting because these three plants are all very different from one another. 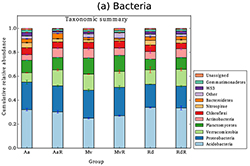 Specifically, the bacteria group Nitrospirae was more common in invaded sites. These bacteria can increase the amount of nitrogen available in the soil. Nitrogen is a very important nutrient for plants, so increasing the amount of Nitrospirae in the soil would benefit the plants. Indeed, there was more nitrogen available in soil of invaded areas. Nitrogen is not the only nutrient plants need though.

Overall, plant invasion in these sites increased the amount of phosphorus and potassium in the soil. Together, nitrogen, potassium, and phosphorus make up the three most important nutrients for plant growth.

What About the Fungi? 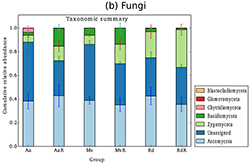 Invasion also increased the diversity of fungi. Unlike for bacteria, the researchers were unable to assign a specific function to any of the fungi found in the study. This is in part due to our general lack of knowledge of fungi. So for now, we aren’t sure how important this shift in the fungal community is.

Invasive plants have many different effects on ecosystems. Further research will help us better understand how these plants interact with microbes and their new homes. But, based on the three invasive plant species in this study, it seems that changing soil microbes may be a common effect of plant invasions. Whether this is a good or a bad thing is still left to discover. 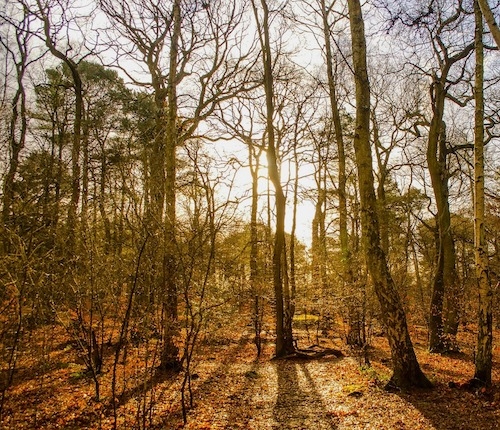 A community is affected by all the plants, animals, and microbes that live in it. So what happens when new organisms are introduced?
Plant Invasions Associated with Change in Root-Zone Microbial Community Structure and Diversity
Learn how to read a scientific article

How Do Introduced Plants Affect Communities? | Ask A Biologist
Skip to main content