Subtle: difficult to understand or see.

Bumblebee is a Transformer, but he looks very different from the robots scientists created in this experiment. Wikimedia Commons- Andrew Basterfield

Autobots! Roll Out! Optimus Prime and his autobots have some pretty advanced technology to fight against the evil Megatron. Optimus even explained how his race evolved on the planet Cybertron. Of course, machines evolving is science fiction, right? Maybe not. The PLOS Biology article, “Evolution of Adaptive Behaviour in Robots by Means of Darwinian Selection,” explains how scientists studied robot evolution in the laboratory.

Evolution is the process by which organisms change over time to best fit their environment. The way scientists look at evolution a lot of the time is by examining natural selection. Natural selection begins with an organism being born with a mutation that makes it different, like the mutants in X-men. So in X-men, Storm’s ability to control the weather may give her a survival advantage over non-mutants. With that advantage, Storm may be more successful and have more babies, spreading her mutation. 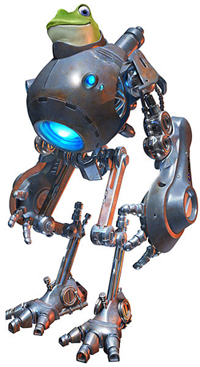 When we say mutation you may think of X-men and other sci-fi examples, like this Frog Bot, but mutation and natural selection is often less noticeable. Wikimedia Commons- Palitusa

This example may be science fiction, but even in the animal kingdom, different creatures have adaptations or mutations that can help them survive in the wild. A real example of this involves blending into the environment. If a mutation in animals to blend in and avoid being eaten helps the creature survive, the mutated animal will have more babies than the animals without the mutation. And some of those new babies will have the same blending mutation as their mother or father. In the case of the X-men, it means that if Storm had lots of little kids running around, it would cause lots of weather problems. Then those kids would grow up and pass on their weather-controlling ability to their children, and so on, and so on.

How Do Robots Evolve?

Scientists have spent a long time studying natural selection and believed they could see how it works by using robots. You may be thinking, “If robots aren’t alive then how do they have children like in the natural selection example?” While it’s true that robots aren’t alive, scientists can program commands that allow the robots to do certain things. Here, the program acts like an animal's genetic code. Whichever robot does a certain task the best is the “parent” robot that "survives" (is chosen by the scientists) to have more robo-babies. Scientists then use that parent robot to build then next generation of robots with the same advantage.

You may also be thinking, “Okay, but how can robots mutate like in the natural selection example?” Well, scientists use a computer program to collect all the possible commands a robot could perform. When a new robot is created, scientists include the trait that was naturally selected for, but they also input some random commands. Those random commands are like mutations because they appear spontaneously in new generations of robots.

The study started with robots with randomly selected behaviors. The scientists used the model of natural selection to choose which behaviors were selected for between generations, but there were always some random “mutations” too. Over hundreds of robot “generations,” scientists created robots with behaviors that allowed the robots to be successful in their environment—in this case, the laboratory. 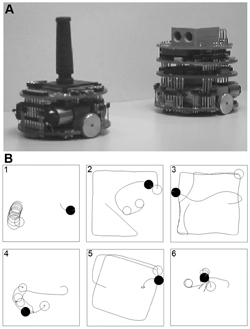 Just like in the animal world, the robots' abilities were tested in many different scenarios. The robots had to do certain things to be successful in the lab environment. First, the robots needed to not run into things and break down, so scientists paid close attention to what they called “crash free movement.” A robot also needed to be able to find its way back to home base for a battery recharge, just like an animal needs to find its way back to its den. Further, animals don’t want to be eaten, and scientists don’t want the robots to be attacked by enemy robots. And last but not least, many animals need to work together to get things done, so you better believe the robots that worked together were more successful.

In the end, the robots programs changed similarly to how animals genes evolve in nature, based on the principles of natural selection. Over several generations of robots, some developed that were capable of:

Unfortunately, designing robots has its limits and testing in a lab does not necessarily mean the robot will work in the real world. Often the lab doesn’t represent the real environment closely enough for robots to be able to succeed with tasks. Robots that can "evolve" through a natural selection-like model could adapt to their environment based on behaviors that promote “survival.” Who says you can’t teach an old robot new tricks? 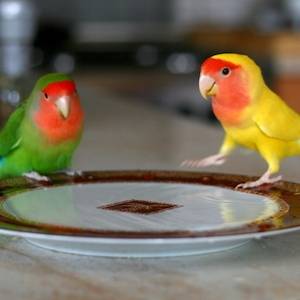