Trouble in the Tropics

Income: how much money a person makes each year.

Lyme Disease: a disease that is spread by tick bites and causes people to have symptoms similar to a flu – like fevers, headaches, and being very tired – and rashes around the bite.

Tropics: areas with warm, humid weather that are located near the equator. 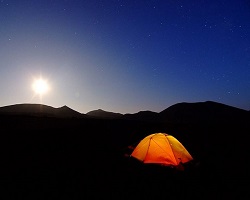 Camping in some areas, especially on warm and humid nights, can mean a lot of mosquitoes buzzing around. Image by Kamchatka-tc.

It's a warm evening at summer camp, and you're on your way back from a long hike. All around you the kids are complaining about the heat. Even worse is that mosquitoes are flying around biting everyone’s ankles. At dinner everyone counts the bug bites they got on the hike. You discover three mosquito bites – on your elbow, your knee, and your shin – and you try to remember not to scratch them.

Later, you are lying in bed in the hot, humid night. Sweating, you wish you could just fall asleep. You start counting sheep and finally start to relax. You’re just drifting off when – argh! – you hear the whine of a mosquito next to your ear.

Why are there so many mosquitoes around in summer, when you hardly ever see them in the winter? Many bugs really seem to love warm weather. Because bugs generally prefer warmer weather, there end up being a lot more bugs in places with warmer climates. 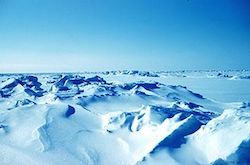 Areas surrounding the North and South Poles can be very cold, with low biodiversity. Image by Ranveig.

Unfortunately, some of these bugs can spread disease to the people that they bite. In the PLOS Biology article “Disease Ecology, Biodiversity, and the Latitudinal Gradient in Income” scientists studied how the spread of disease caused by bugs and parasites changes in different climates and how this affects humans.

Bugs Around the World

In the Arctic and the Antarctic, it is very cold all year round. Because of this, not many plants or animals can survive. This means that the biodiversity in these places is pretty low. But closer to the equator, the climate is much warmer. This means that many more organisms are able to live there. Countries near the equator, like Brazil and Costa Rica, have very high biodiversity.

The equator, shown in red, divides the Earth in to the northern and southern hemispheres. Regions around the equator tend to be hot and humid. Image by Cburnett.

High biodiversity also means there are more bugs. The warm, wet tropics create an environment that is perfect for bugs to lay their eggs. Also, there are lots of other kinds of animals living in these areas on which bugs can feed. This is important because many of these bugs, like mosquitoes, eat by sucking blood from other animals.

How Bugs Can Make You Sick

Unfortunately, some of these bugs can carry diseases, like malaria or Lyme disease. This can happen when they feed from a human or animal that already has a disease. If they then bite another human or animal, they can spread the disease.

A disease that can be carried by bugs or other animals and spread to humans is called a vector-borne disease. If tropical areas have a lot of bugs, vector-borne diseases can spread faster than in other areas with less bugs. This means that more people might become infected. 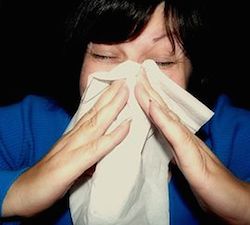 Some diseases can be spread to humans by bugs. This can happen more often in regions with warmer climates where there are more bugs. Image by mcfarlandmo.

At the same time, scientists noticed that people who lived in these tropical areas tended to have lower incomes. This meant that a person living in an area with a warmer climate was likely to make less money than someone living in a cooler climate. Scientists thought there might be a connection between living in a place with more disease-spreading bugs and having a lower income.

Meanwhile, other scientists were doing lots of research on bugs that spread disease. This included studying the bugs, as well as what happens to bugs in places with more or less biodiversity. However, none of these groups had looked at climate, bugs, and disease together. It was as if each group of scientists had studied a smaller piece of this puzzle, but no one had studied all of the pieces together. But how could they possibly combine all these pieces to see the whole picture of what is happening to people in the tropics?

Scientists believed that there could be a connection between the characteristics of a location, like climate and biodiversity, and other factors. These other factors include disease and income.

Putting Together the Puzzle

What if disease, climate, bugs, and income together could help explain what was happening in the tropics? In this experiment, scientists found all the articles that had been written about biodiversity, disease, climate, and income. They combined the data from all of this research in a statistical model so they could study it together. This model allowed the scientists to understand the relationship between all of these factors in different regions around the world.

Being Sick Can Make You Poorer 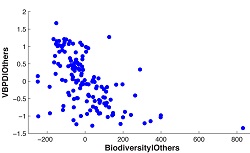 Scientists found that if biodiversity were to decrease in tropical areas, people would have a higher chance of being infected with a vector-borne disease. Click for more detail.

When people in the tropics are sick all the time, they can't work as hard. Think about the last time you were sick – did you get to stay home from school? Do you think you could have paid attention in class if you felt like you were going to be sick? The same thing happens when adults feel sick. Sometimes they have to stay home from work and they don’t feel good enough to do their best work. Then, they make less money because they can't work as much. In the end, a whole country can end up poorer if they have too much disease.

Scientists found that areas with higher biodiversity also had more bugs, and these bugs were linked to more disease and lower income. Importantly, their statistical model also reported an interesting pattern related to biodiversity. When a place with high biodiversity loses some of its plant or animal species – for example, if trees are cut down in a forest and some of the animals can no longer live there – biodiversity decreases. You might think this should reduce the disease problem since disease and high biodiversity were linked. But actually, the opposite happens.

As biodiversity in tropical areas decreases, scientists found that the bugs that spread disease seemed to become more of a problem. A decrease in biodiversity may make it so these bugs have fewer other animals to feed on, and they may tend to bite humans more often. This can increase the spread of disease to humans and may be a reason why income is lower in these tropical regions. 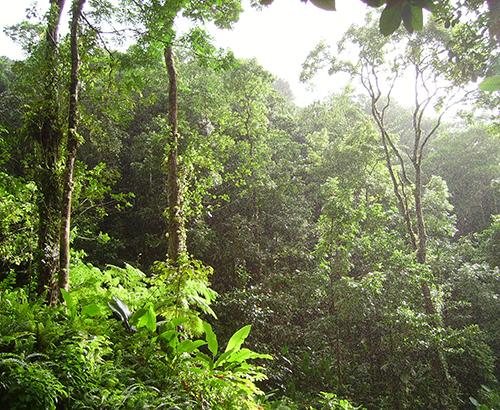 Tropical regions are located close to the equator and are usually very warm and humid.
Disease Ecology, Biodiversity, and the Latitudinal Gradient in Income
Learn how to read a scientific article