Consequences: the result or effect on something made by a set of conditions or actions. A consequence of not studying for a test might be a bad grade. 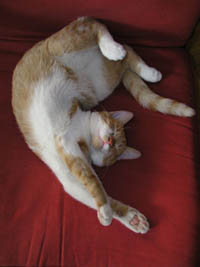 Have you ever wondered how fish and dolphins sleep? Or why your best friend likes to sleep for 12 hours when you would rather sleep for eight hours? If you have, then you are in good company because many scientists have wondered the same thing. In the PLOS Biology article, “Is Sleep Essential?,” scientists discuss whether sleep is necessary for all species, and if so, why sleep is so important.

How Do We Define Sleep?

Sleep is pretty much universal. Practically every animal sleeps in one way or another. Sleep seems to be common sense for keeping bodies healthy. If it weren’t, why would we feel tired?

However, sleep is not as simple as that. Many scientists believe that sleep serves a really important purpose but they haven’t found what that purpose is yet. Scientists are looking at a variety of explanations. Maybe sleep is just a nice pastime – like playing baseball or watching television – that is useful for keeping us out of trouble but not necessarily for good health.

With multiple ideas about why animals sleep, first scientists had to decide what counts as sleep. The scientists defined sleep as being still and having little to no reaction to attempts to awaken. The scientists looked at three different ways that animals sleep to see if it is true that some animals really don't need sleep. They examined: 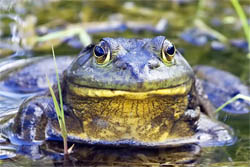 No rest for the Bullfrog.

The bullfrog was chosen as an animal that doesn’t sleep because when tested for responsiveness by being shocked, it had the same reaction whether awake or resting.  However, there were some problems with how the bullfrogs were tested.  These problems convinced the scientists there wasn’t enough evidence that bullfrogs didn’t sleep. 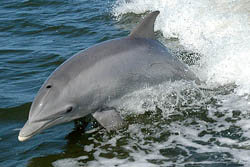 Only half of a dolphin's brain sleeps at a time.

The dolphin was also considered a special case because dolphins have the ability to put only half their brains to sleep at a time.  The half-asleep brain made it difficult to measure response time and made scientists start to question their initial definition of sleep.  Remember, part of being asleep means being still, and since dolphins still swam around it seemed that they did not fit into that category.  However, when scientists measured dolphins’ brain waves they saw that the patterns were similar to brains that were asleep, at least in half of the brain. 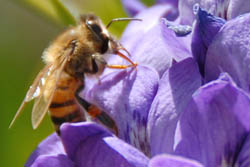 Are bees masters of cheating sleep?

Next, scientists looked for animals that didn’t need to catch up on sleep after being awake for a long time. They found a few animals like bees that seemed to not need extra sleep. Yet, the scientists decided the experiments done were flawed because only the length of sleep was tested, not the quality of sleep. This was problematic because many animals regulate sleep by sleeping deeper, not longer, so they ruled out the research as proof of animals that don’t need to make up sleep.

Here is a table from the original article that lists all the animals the scientists thought were examples of not sleeping or not using rebound sleep. The first column looks at animals that meet the definition of sleep, the second column looks at whether the animals make up their sleep and the third column talks about why the animals were considered special cases. 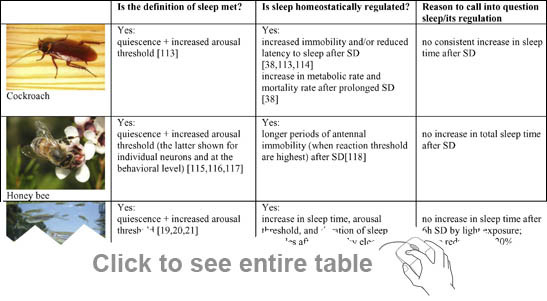 Finally, scientists looked at whether not sleeping has serious consequences.  In studies where people went without sleep, they found that people became half-awake, kind of like zombies walking around mindlessly. The scientists also found that sleep-deprived people got so tired they fell asleep no matter what they were doing.  Sometimes, people fell asleep while driving and that is really dangerous!  Obviously, the scientists decided that not sleeping is bad for your health.

So We Need Sleep, But Why? 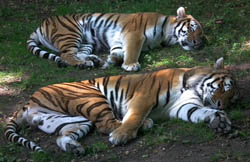 In the end, the scientists concluded that sleep must have some kind of necessary function; otherwise, it would not be universal and it would not be damaging to our health to go without sleep. The next step is to figure out what exactly sleep does.

The scientists think that however sleep affects the body, the major function of sleep is the same in every animal. This means they believe that sleep evolved early because it helps all animals live better lives. The scientists also think that the function of sleep has something to do with the brain because that is the part of the body that is affected most by the lack of sleep.

Other scientific studies about memory help support the idea that sleep is important for the brain by showing that sleep helps us retain more information. Just think, if scientists can discover how sleep works, maybe one day we can use that information to make studying easy! 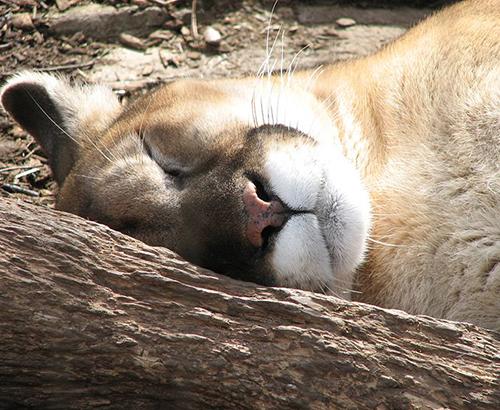 Sleep is essential to many animals, and scientists are trying to figure out why.
Is Sleep Essential?
Learn how to read a scientific article