Why Did the Turtle Cross the Road?

Ecopassage: a passageway or crossing built for animals to get over or around something man-made, like a road, in an attempt to avoid blocking their normal movements.

Home Range: the area that a particular animal uses for their normal activities, such as searching for food or for a mate.

Radio Telemetry: following an animal that has been tagged with a radio transmitter, which is a small piece of technology that puts out radio waves. Special antennas and receivers let you pick up those waves and follow the animal's signal. 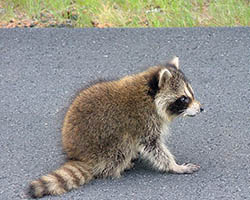 Many kinds of animals, like this raccoon, have to risk their lives to cross the road. Image by Jan Kronsell.

You stand on the edge of the busy road. A car rushes by, pushing wind into your face. You look left, then right, then left again, waiting until the road is clear. When it's finally safe to cross, you step off the sidewalk and quickly work your way across the road. Unlike you, animals don’t know how to cross roads safely, and as a result many animals are hit by cars.

People have started building “ecopassages”, which are tunnels that go under roads or bridges that go over them. Will animals use them to cross safely? In the PLOS ONE article, “Mitigating Reptile Road Mortality: Fence Failures Compromise Ecopassage Effectiveness,” researchers learned that most reptiles will not use ecopassages if there is another way to cross the road.

Danger on the Highway

He took a step and paused. He took four more and paused again. At this rate, he'd take 20 minutes just to cross the road. Turtles are often slow, and this can make it dangerous for them to cross roads. In fact, crossing roads is dangerous for all reptiles. If we can keep them off of roads, we can save many of their lives. 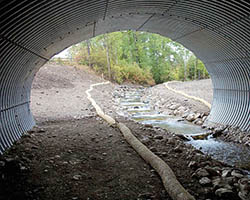 Sometimes, special passages for wildlife are built under roads (like this one) or over roads so they can cross the road safely. Image by Ryan Hagerty of the US Fish and Wildlife Service.

One study in Florida tracked 343 turtles that tried to cross a four lane highway. Not a single one survived. People who build roads are trying to help by creating ecopassages so that animals can cross safely. Builders also put up fences or walls to keep animals off of roads and funnel them toward the ecopassages. But researchers wanted to know if animals will actually use these special pathways.

The researchers spent two years studying a highway in Ontario, Canada. This highway is near Lake Huron and is home to many reptile species. A portion of the highway was widened from two to four lanes. As part of that work, the builders installed an ecopassage that went under the road. Knowing this work was scheduled, the researchers conducted their study before the road was widened, and again afterwards. They studied the area where the passage was installed and an unchanged area, which acted as a control for the study.

The researchers used four different methods to look at the effect of the road and ecopassage on local reptiles. They radio tracked animals, directly tested whether turtles would use the ecopassage, photographed animals, and surveyed of animals on the roads.

Reptiles on the Radio 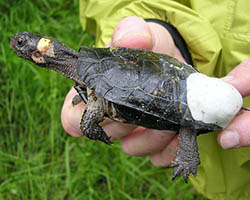 Though not the same kind of turtle used in the study, this box turtle has a radio transmitter attached to its shell. Click for more detail.

The researchers attached radio transmitters to 22 turtles (Blanding’s and snapping turtles) to keep track of where they traveled. Animals generally have a home range. If using the ecopassage would require a turtle to go outside its home range, scientists wanted to know if the turtle would use it to cross the road.

Only three of the turtles with radio transmitters crossed the highway over the study period. These adventurous turtles used a passageway that was built to drain water, rather than the ecopassage.

The researchers also wanted to know whether reptiles were willing to use an ecopassage that was right in front of them. Of course it would have been easier if they could just have a conversation with their subjects (“hey little fella, just wondering if you knew about the fancy new tunnel under the road!”). Instead, the researchers had to come up with a clever way to test this. 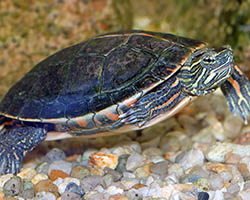 Painted turtles were used to see if reptiles would use the ecopassages. Click for more detail.

They picked painted turtles because they know how to use the sun to find their home wetland. Each turtle was put in a cage on the opposite side of the highway from the turtle’s home. They were allowed to sit in the sun for 10 minutes so that it would know which way to go.

Scientists used a remote control to open the cage and watched where the turtles went. Only 5 out of the 69 turtles in this experiment walked through the ecopassage.

The researchers also installed cameras in the ecopassage and took pictures at regular intervals at night and whenever a motion sensor was triggered. The researchers have pictures of 485 individual animals using the ecopassage, including a lot of ducks and geese, but only 10 were reptiles. 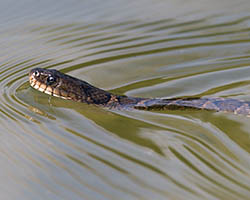 This water snake, Nerodia sipedon, is one of the snakes recorded using the ecopassage. Click to enlarge.

Don’t Fence Me In

The fences were not well constructed and didn’t cover enough territory, so it was easy for the reptiles to walk around them. Plus, the plastic fence ripped in many places, leaving gaps big enough for the animals to use. The researchers counted 115 gaps in just 3 kilometers (almost 2 miles).

Up to 30% of the fence was partially underwater in the spring when snow melted, so the reptiles could just swim over it. Even worse, the number of animals killed after the ecopassage was installed increased. The researchers think that once the animals were on the road, they might not have been able to find their way off of the road because of the fences. 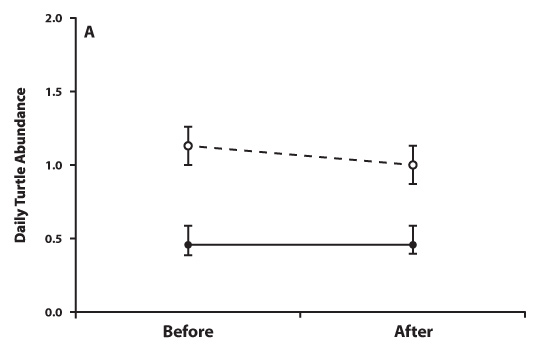 Researchers hoped the number of turtles on the road would decrease after the ecopassage was installed, but this was not the case. Click for more information.

So if these ecopassages didn't work, what alternatives are there? Concrete or steel walls would be more expensive to install, but they would probably more effective and would not require regular inspections and maintenance like plastic fences do. The highway builders had good intentions, and spent a lot of money, but did not get a good outcome.

The researchers think ecopassages do work, but it is important for highway builders to invest in good barriers so that animals can't find another way across the road.

One study estimates that 1 in 5 reptile species are threatened with extinction. If being a little more thoughtful when building our highways keeps reptiles safe, that seems like a great investment.

Want to get involved with research near you? Visit our budding biologist links to find ways to help out with citizen science.

Sharyn Horowitz. (2015, April 21). Why Did the Turtle Cross the Road?. ASU - Ask A Biologist. Retrieved July 1, 2022 from https://askabiologist.asu.edu/plosable/why-did-turtle-cross-road

Sharyn Horowitz. "Why Did the Turtle Cross the Road?". ASU - Ask A Biologist. 21 April, 2015. https://askabiologist.asu.edu/plosable/why-did-turtle-cross-road 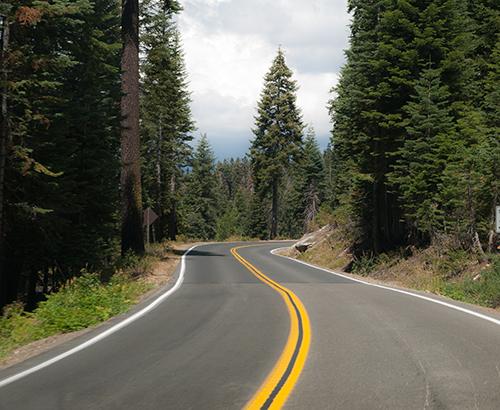 Crossing a road can be a very dangerous task for a small animal.
Mitigating Reptile Road Mortality: Fence Failures Compromise Ecopassage Effectiveness
Learn how to read a scientific article